Ito Shinsui opened up the “old mirror” of Japanese art 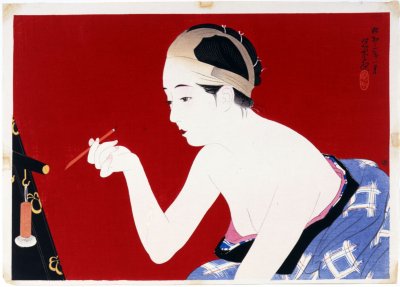 Ito Shinsui (1898-1972) is one of the greatest twentieth-century artists to emanate from Japan. Despite his early adorable landscapes, Shinsui is extremely famous because of his art related to depicting beautiful ladies (bijin-ga). In other words, Shinsui, just like other esteemed artists including Kawase Hasui, is remembered for being part of the shin-hanga movement. Hence, in the case of Shinsui, this notably applies to his bijin-ga art.

The art depicted by Shinsui opened-up the amazing “old mirror” of Japanese art. This applies to the art form of ukiyo-e that blessed the Edo Period and continued in the early Meiji Era prior to photography, the impact of modern technology, and the growing tentacles of Western art.

Shinsui created many exceptional art pieces throughout his lifetime. Despite this, it is equally true to say that his Eight Views of Lake Biwa (1917-1918), Twelve Figures of New Beauties (1922-1923), and Collection of Modern Beauties were of amazing quality and rarely surpassed.

Sadly, Japanese military ventures and the Pacific War meant that Shinsui was employed by the Japanese government to produce propaganda. Of course, the devastation of war pales into significance the ruinous angle this had on the art produced by Shinsui. However, it is true to say that the early artistic life of Shinsui would never be matched by the passages of time – some natural, the other because of political and military intrigues by the government of Japan. 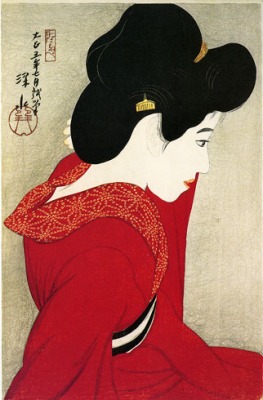 Overall, the legacy of Shinsui remains potent within the art world of Japan based on his bijin-ga art. In saying this, his early landscapes are of admirable quality and stand out impressively.