Guatemala Fuego Volcano leaves at least 85 dead and many missing 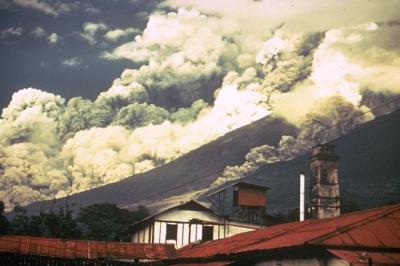 The devastating eruption of Fuego volcano in Guatemala is finally becoming uncovered. This applies to at least 85 people perishing and with over 192 people missing. On top of this, thousands have been evacuated in the worse hit area. Therefore, the international community must support the local and central network systems of Guatemala in order to help during this difficult period.

It is known that many villages on the slopes suffered the devastation of volcanic ash and the flow of mud. One can only imagine how people became terrified and at a loss amid the confusion.

The BBC reports, “Tuesday’s explosion took many by surprise after volcanologists said the eruption, which had sent ash up to 10km (33,000ft) into the sky on Sunday, was over for the near future.”

The same media source quotes the head of Guatemala’s National Institute of Seismology, Eddy Sanchez, who stated “no imminent eruption over the next few days.”

Of special concern is the tragic village of El Rodeo where many people perished. Indeed, the BBC provides information from one local person called Boris Rodriguez, who sadly lost many members of his family. He even witnessed the huddled bodies of children. Hence, one can only imagine how he, and other villagers in El Rodeo, is somehow coping with such tragedy.

Guatemala must look at the failure of its internal safety mechanism. This applies to the failure of no evacuation warnings. Equally, despite local residents in outlying villages being trained in emergency techniques, this also failed because of the speed of events. Therefore, the central government and regions must tighten procedures and be better prepared for disasters.

Reuters reports, “An elderly man, who was featured in a video shortly after the eruption that showed him in a state of shock, caked from head to toe in ash and mud, died from the severe burns he suffered.”

Overall, it is essential that local, regional, and central authorities work together because the crisis is severe. The same applies to the atmosphere of anguish in worse hit areas. Equally important, the international community must help Guatemala during this difficult period.