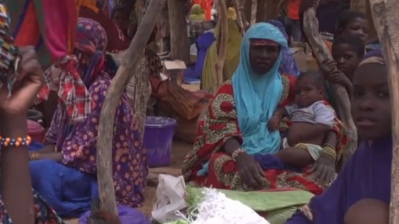 The UNHCR is calling for international support to assist people fleeing ethnic, religious, and criminal violence. This notably applies to the central Sahel and Burkina Faso, Mali, and Niger. Equally, concerns remain for Chad and Mauritania where people are struggling desperately in parts of the country.

An appeal is being launched by the UNHCR for $186 million to assist people who feel abandoned by their governments – and the international community. Hence, with ethnic tensions, Sunni Islamic insurgencies, and criminality blighting Burkina Faso, Mali, and Niger, then vast numbers of people have fled the ensuing chaos.

A spokesperson for the UNHCR, Babar Baloch, uttered, “These horrible accounts of incidents include summary executions, the widespread use of rape against women, and attacks against state institutions, including public infrastructure like schools and health facilities …”

The spokesperson expressed the anxiety felt by the UNHCR to Voice of America. This relates to the displacement of three million people including 831,000 refugees. Hence the crisis in this part of Africa is critical because of the spiraling situation.

In another article, the Modern Tokyo Times reported, “The situation is deteriorating in Burkina Faso because of terrorism and communal violence. Equally, Christians have been singled out and killed by Islamists. Hence, hundreds of thousands of people have fled the ongoing mayhem.”

It is known that rapes are taking place and limited state structures are being destroyed. Thus health care facilities and schools are not being spared. Therefore, the UNHCR is highlighting the urgency needed to help 3.1 million people in Burkina Faso, Chad, Mali, Niger, and Mauritania.