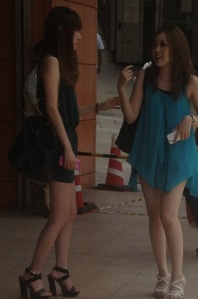 In Tokyo several places really stand out for being unique in style and this certainly applies to Odaiba. If this is your first visit to Tokyo then Odaiba is a must because of the stunning architecture on show. Also, if you travel by New Transit Yurikamome by connecting at Shimbashi Train Station, then your first view of Odaiba and the entire area will always stay with you because this ultra-modern transport system highlights the creativity of buzzing Tokyo. Therefore, in the modern period Odaiba is clearly on the tourist map and a must place to escape the madding crowds of buzzing Shinjuku, Shibuya, and many other high octane areas like Ikebukuro.

However, not so long ago this part of Tokyo was rundown and the future looked bleak. This is difficult to imagine given the trendy boutiques on show in several elegant shopping malls and the beach which is a welcome escape. Also, at night the stunning Rainbow Bridge is a treat in itself and the same applies to watching boats passing by with people enjoying life. 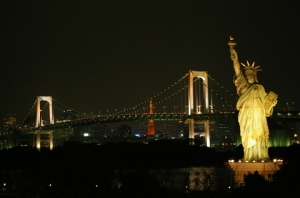 Yet in the early 1990s this scene was difficult to predict because the bubble economy meant that new hope for Odaiba seemed distant. Indeed the history of Odaiba is fascinating by itself because this part of Tokyo was constructed in 1851 to keep America and others at bay. However, the winds of change meant that this dream couldn’t be maintained because Western encroachment was spilling all over Asia.

It is somewhat ironic today that you have a Statue of Liberty based in Odaiba with its French roots. This iconic image for Americans and people all over the world is a little out of place in Japan and the same applies to the history of this district which was built to keep international trade at bay.

The next major push to alter Odaiba was a public park which was refurbished in 1928 and the remnants of this venture remains today with further modernizations. However, the real momentum for Odaiba was based on the success of the Expo ’85 which was held in Tsukuba. Therefore, with the economy being in full swing in this period and the success of Tsukuba, major plans were made to turn Odaiba into a futuristic city. 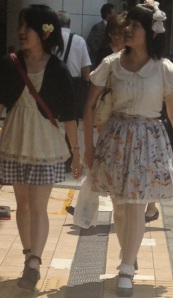 This applied to designing places for exclusive living, modern architecture, important business structures, and other relevant areas. Yet after the bubble economy much of the new planning appeared like one big disaster because by the middle of the 1990s you had many vacant lots, a minor population which couldn’t maintain Odaiba and other areas were still a wasteland.  Therefore, development was very uneven and far from being a showcase it was a remnant of over-spending and grand ideas which seemed out of place.

However, in 1996 fresh thinking emerged which laid the foundation for a buzzing Odaiba and this applies to allowing entertainment districts and commercial ventures. Within a short time trendy shopping malls were entering the scene along with hotels and large companies which would alter the landscape. This can be seen today by the iconic Fuji TV building which was a trendsetter and even today it is a famous landmark. Also, new transportation links opened up the area and the attractiveness of the seaside became a winner which would be connected with the park, trendy shopping malls, new entertainment ventures and other important factors.

In an earlier article about Odaiba by Modern Tokyo Times it was stated that “Odaiba is a major tourist area in Tokyo and the beauty of this place is that you feel that you are visiting a different Tokyo because of the beach, walkways, Statue of Liberty, and the colorful boats which light up the see at night.  Therefore, while Odaiba is full of life during the day it is also true that the atmosphere changes at night because of the stunning views of Rainbow Bridge at night.” 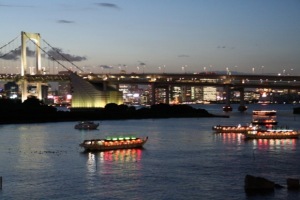 “Odaiba is also a great place for romance because at night you will see many romantic couples walking hand in hand and you will often see people smooching near the beach area or on the beach.”

“The development of Fuji TV Building, Tokyo Big Sight, Telecom Center, and other futuristic buildings, all helped to create a new Odaiba.  Each new lavish development complimented Odaiba and by the end of the 1990s it was clear that tourism would begin to take off.”

In the Odaiba of 2014 you have many lovely boutiques to visit in Decks Tokyo Beach and Aquacity Odaiba. The boutiques are a mixture of Japanese fashion and international fashion and clearly many Tokyoites love to visit these fashionable malls. Also, in Aquacity Odaiba you have a major cinema complex and the wooden decks outside provide stunning views of Rainbow Bridge from various different angles. 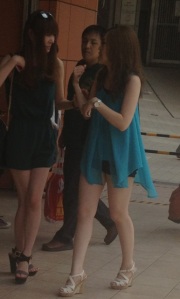 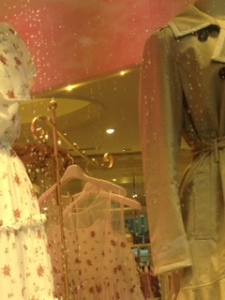 Another great place to find elegant boutiques is Venus Fort which is designed like an eighteenth century South European town. The boutiques and restaurants in Venus Fort mix well with the stylish architecture. Therefore, the fashion aspect of Odaiba can’t be ignored and you have many conventions for cosplay and other trendy aspects of Japanese culture.

In 2012 you have more grand designs in the pipeline and clearly Odaiba will continue to flourish. The beach is a welcome place to relax and Rainbow Bridge at night is truly beautiful.  Therefore, if you are new to Tokyo then Odaiba is a must place to visit because you will witness an ultra-modern area which is fused together with modern tourist concepts.