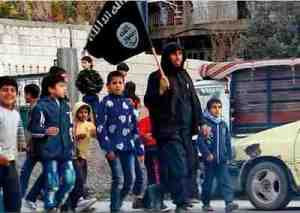 Half of the prominent jihadists profiled in a new study by The Centre on Religion & Geopolitics had ties to supposedly non-violent Islamists prior to joining terrorist organizations.

The study’s authors – Mubaraz Ahmed, Milo Comerford, and Emman El-Badawy – explore pathways to militancy among 100 prominent figures within the wider Salafi-Jihadi movement. The individuals examined derive from the Middle East and Africa, across multiple generations. Some of the findings suggest that membership or ties to non-violent Islamist organizations can be associated with an individual’s trajectory towards violence and terrorism.

51 percent of the terrorists under study were previously connected to Islamist groups that claim to be non-violent, including “bodies that are not necessarily political activist organizations but form a functioning arm of existing Islamist groups, such as youth wings, student associations, and other societies.” Since membership in Islamist groups is often secretive and sometimes prohibited in various Middle Eastern countries, the authors acknowledge that the proportion of jihadists with Islamist affiliations are likely higher.

Some of the case studies explored in the report include Djamel Zitouni, the leader of the Armed Islamic Group who was previously a member of an Islamist organization that supposedly eschewed violence – the Islamic Salvation Front (FIS). Senior Al-Qaeda leaders, including Abdullah Azzam and Abu Ayyub al-Masri, were involved with or direct members of the Muslim Brotherhood before turning to violent jihad.

One in four of the jihadists examined had ties to the Muslim Brotherhood or its affiliated groups.

Another interesting finding shows that 65 percent of the sample had been imprisoned at some point throughout their lives, some of whom served time before engaging in violent jihad. There has been growing concern for years about Islamist radicalization of potential terrorist recruits in prisons worldwide.

The study shows that personal networks are critical in the formation and development of the global Salafi-jihadi movement.

“Our data links the leaders of Jabhat al-Nusra and ISIS today to the forefathers of the movement through people they met in prison, at university, and on the battlefield,” write the authors.

Purportedly non-violent Islamist groups not only serve as potential incubators for radicalization and violence – they also continue to engage in violent incitement, encouraging others to carry out terrorist attacks.

For example, on Wednesday, a senior Muslim Brotherhood member, ‘Izz Al-Din Dwedar, called for an “intifada” targeting Egyptian embassies around the world, in a Facebook post translated by The Middle East Media Research Institute (MEMRI).

In protest of death sentences handed to members of the Brotherhood in Egypt, Dwedar suggested for violent action on May 3.

Egyptians abroad should “protest [outside] Egyptian embassies and lay siege to them, and steadily escalate [their actions], up to and including raiding the embassies in some countries, disrupting their work and occupying them if possible, in order to raises awareness to our cause,” wrote Dwedar.