In the nation of Libya, the enslavement of black Africans and the mistreatment of Southeast Asians is ongoing. Hence, the recent killing of 30 migrants in this divided nation isn’t a shock. Also, it is further evidence of the shocking legacy of the Barack Obama government – and others including France and the United Kingdom – who destabilized this nation.

It is often forgotten that in the land of Mecca and Medina that slavery was only abolished in 1962. Indeed, not only this, Saudi Arabia did this based on external pressure. Thus, recent events of ISIS (Islamic State) enslaving the Yazidis – to Arabs enslaving black Africans in Libya – are remnants of a recent history that goes back countless centuries.

Turning back to the brutal killing of 30 migrants (the majority from Bangladesh in Southeast Asia), then it was a revenge attack for a single death according to reports. Migrants are alleged to have killed a Libyan trafficker of humans. Therefore, his family, like the trafficker, deems foreign nationals to be subhuman and this led to the slaughter. 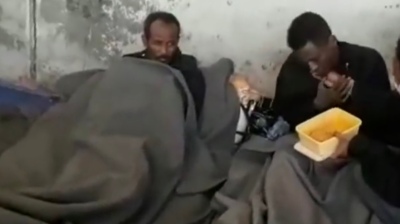 Reuters reports, “The GNA interior ministry said in a statement that 26 Bangladeshi and four African migrants had been killed in the town of Mizda and that 11 injured survivors were taken to a hospital in Zintan.”

Ingrained racism and deeming people to be nothing more than commodities is a problem that continues to blight Libya. The BBC reported two years ago, “Stories of black slavery in Libya have been circulating for the past two years. But the number of accounts we heard from recent returnees seems to suggest it has become endemic in the detention system.”

However, after initial news and videos showing the enslavement of black Africans by Arabs in Libya a few years ago, it seems that this issue isn’t newsworthy. Hence, the brutal killing of 30 migrants in cold blood is further evidence of the shocking reality of Libya in 2020.

It remains to be seen if smugglers and enslavers will be punished in Libya given the ongoing crisis.