Saudi Arabia should be Snubbed by UN based on Child Marriage, Religious Persecution, Terrorism and Female Rights 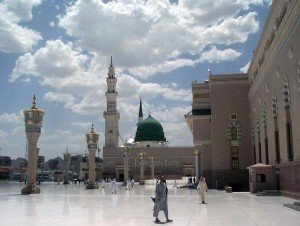 If the United Nations had any principles based on religious freedom, gender equality, protecting little girls from pedophile marriages and supporting the rights of women; then Saudi Arabia would rightly be an international pariah. However, feudal monarchies in the Gulf region appear to have a free hand whereby these states can persecute and spread militant Islam and other dark forces far and wide. This reality highlights the sham of the international community because wealthy feudal monarchies can get away with systematic persecution and supporting various forces in the military arena in  nations like Bahrain, Libya, Syria and Yemen.

The headlines surrounding the decision by Saudi Arabia to turn down a two year seat on the United Nations Security Council is back to front. After all, what political, religious and gender freedom exists in Saudi Arabia? Indeed, little girls from 8 years old and onwards face the real threat of being married under Islamic Sharia law to very old men. Of course, Saudi Arabia is rejecting the United Nations Security Council based on geopolitical issues. However, despite this it is essential to look at the bigger picture in relation to this nation and the same applies to the lofty ideals of the United Nations.

If you check the United Nations website it states in Article 1 (section 3) of the United Nations Charter that this section is aimed at achieving “…international co-operation in solving international problems of an economic, social, cultural, or humanitarian character, and in promoting and encouraging respect for human rights and for fundamental freedoms for all without distinction as to race, sex, language, or religion…”

Like previously mentioned, Saudi Arabia is focused on geopolitical issues in relation to snubbing the United Nations Security Council. Yet, how can a nation that violates the rights of non-Muslims, minors, and women, be involved in such lofty aspirations in the first place? Not only this, it is widely known that Saudi Arabia is channeling money to sectarian and Takfiri forces in Syria. Therefore, how can “…international co-operation”exist under this reality?

Also, Saudi Arabia, Qatar and Turkey are all violating Article 2 (section 4) in relation to Syria because it states that “All Members shall refrain in their international relations from the threat or use of force against the territorial integrity or political independence of any state, or in any other manner inconsistent with the Purposes of the United Nations.”

Lee Jay Walker at Modern Tokyo Times comments: “Of course, the United Nations is tainted by the reality that powerful nations can openly manipulate the Security Council. For example, the Tibetan issue can’t be given a fair chance of succeeding because China can prevent any genuine implementation of Tibetan demands. Similarly, America often protects Israel and so forth therefore powerful vested interests already exist. Saudi Arabia is clearly correct about this angle but the same equally applies to the foreign policy objectives of Saudi Arabia and other nations which try to pursue their objectives – be it America, the Russian Federation or whoever.”

Saudi Arabia issued a statement saying that “Saudi Arabia … is refraining from taking membership of the U.N. Security Council until it has reformed so it can effectively and practically perform its duties and discharge its responsibilities in maintaining international security and peace.”

While Saudi Arabia mentioned issues related to the Israeli-Palestinian dispute and Syria, it is clear that this nation is being a little economical with the truth. This applies to Saudi Arabia funding and supporting forces in Syria which frequently behead individuals and cleanse religious minorities; supporting the oppression of the Shia and other forces in Bahrain; and Saudi Arabia is also involved in Yemen which is equally based on vested interests. Therefore, if Saudi Arabia is so concerned about moral principles, then this nation should stop its foreign policy adventures and reform itself internally in relation to religious freedom, the rights of women and protecting child minors from pedophile marriages.

It appears that Saudi Arabia is disappointed because powerful nations didn’t bomb Syria. In the meantime Buddhism, Christianity, Hinduism – and all non-Muslim faiths – are illegal in Saudi Arabia and women face being whipped if they dress liberal in public.