Japan is internationally famous for luxury fashion and being accessible to a whole array of fashion trends. Mega cities like Tokyo, Osaka, Kobe and Nagoya, and many others, are blessed with many buzzing fashion districts. The fashion angle from Spain is also powerful in major cities throughout Japan.

Currently the economy of Spain is facing severe hardship and many people from the Basque Country and Catalonia still dream of independence or at least greater autonomy. In truth, Spain is a very complex nation whereby several indigenous ethnic groups co-exist despite their differing histories. It could be that this complex mix is one leading factor behind the creativity of fashion emanating from Spain. 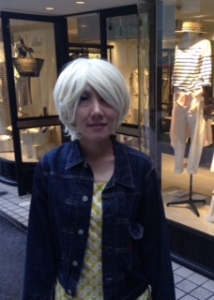 The fashion company Zara can be found throughout Japan and internationally. Indeed, Zara is rated highly within the fashion demands of major cities like Tokyo and Osaka. In Tokyo you will find Zara in Harajuku, Ikebukuro, Shibuya, and Shinjuku and throughout this trendy modern city. Likewise, in Osaka you have many stores in this bustling city which caters for all the leading international fashion brands in the world.

Mango is another famous company which was founded in Catalonia. Mango can be found in several stores in Tokyo and they also have a base in Osaka in order to soak up the fashion trends of this high octane city. Being founded in Barcelona, then not surprisingly this company is blessed with amazing creativity.

One amazing company which established itself in Japan in the 1970s was Loewe. Today this company is still vibrant in Japan and internationally. Also, the style and panache of this adorable company certainly enhances the fashion angle of Spain. Loewe and Zara may have completely different fashion styles but these two companies are firmly established in Tokyo, Osaka and other major cities in Japan.

Throughout major cities like Tokyo and Osaka the power of international fashion is clearly visible. The dimension from Spain is also enhancing the Japanese fashion sector. Therefore, the richness of culture in Spain means that many unique aspects apply to the respective boutiques which can be found throughout Japan.