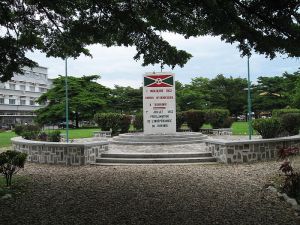 Statements emanating from France about the situation in Burundi, in relation to political tensions that are deemed to be rocking the nation, are alarming the government of this nation. The government of President Nkurunziza believes that France is overstating the situation and that international meddling will encourage opposition forces to step up attacks against central forces. Alternatively, France fears another Rwandan style bloodletting therefore the differences of opinion is enormous. Therefore, it remains to be seen if the United Nations Security Council (UNSC) will take heed of France by speaking with a collective voice.

Nkurunziza was re-elected several months ago but from the outset the result was soured by the opposition boycott. Sadly, the violence that began prior to the election is continuing many months later. Therefore, tit-for-tat reprisals, an increasingly strong stance being taken by the government, growing militancy within the opposition – and other serious issues – are setting the stage for even more violence.

France 24 reports (with AFP and Reuters) “France on Monday urged the UN Security Council to adopt a draft resolution aimed at toughening the international response to spiraling violence in Burundi, amid fears of Rwanda-style mass killings.”

However, according to the government of Burundi this is not only interfering into the internal affairs of this nation but this stance is also grossly inaccurate. According to the Foreign Minister of Burundi, Alain Aime Nyamitwe, the country is stable and relatively calm outside of certain dangerous pockets in the capital of Bujumbura.

Nyamitwe reiterated this to the UNSC via a conference held by video in Bujumbura. The foreign minister stressed strongly “Burundi is not burning.” On top of this, Nyamitwe made it clear that the government was holding talks with the opposition thereby abiding by the demands laid down by the UN.

Modern Tokyo Times stated in a past article that “In recent times a failed coup and protests have rocked Burundi after Nkurunziza announced he would be running for president. On top of this, international condemnation threatens to impinge on this nation in the area of investment, international political talks, economic aid and other important areas. This reality spells trouble for Nkurunziza and the people of Burundi.”

Unlike France the Russian Federation appears to support a different approach. This can be seen by the comments of Petr Iliichev, Russian Deputy Ambassador, who opposes the imposition of sanctions being called by France. Iliichev states categorically “We should find an approach that contributes to the political process.”

Overall, it is abundantly clear that the government of Burundi and senior opposition figures must try to reach a compromise. After all, the consequences of inappropriate actions by either side could easily spiral out of control. Similarly, France may encourage opposition forces if the approach is too one-sided and appears to be against the current government of Burundi. Therefore, it is hoped that all parties will try to find common ground given the past history of Burundi and Rwanda.