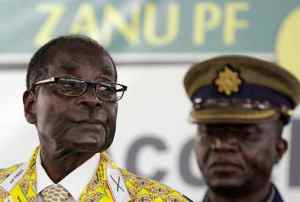 Zimbabwe is floundering, with little sign of meaningful reform and sustainable, broad-based recovery. Political uncertainty and economic insecurity have worsened; the Zimbabwe African National Union – Patriotic Front (ZANU-PF) government has consolidated power, as the opposition stumbles, but is consumed by struggles over who will succeed President Robert Mugabe. Upbeat economic projections by international institutions are predicated on government rhetoric about new policy commitments and belief in the country’s potential, but there are growing doubts that ZANU-PF can “walk the talk” of reform. Conditions are likely to deteriorate further due to insolvency, drought and growing food insecurity. Economic constraints have forced Harare to deal with international financial institutions (IFIs) and Western capitals, but to regain the trust of donors, private investors and ordinary citizens, the government must become more accountable, articulate a coherent vision and take actions that go beyond personal, factional and party aggrandisement.

Mugabe, though 92 and visibly waning, shows no sign of stepping down. His endorsement by the December 2015 ZANU-PF national conference to represent the party in the 2018 elections props up a coterie of dependents and defers the divisive succession issue. In the last year, his control has slipped as his energy and capacities diminish, but he is likely to stay in office until he can no longer function. His support for an economic and political reform agenda is tepid. He has limited criticism of reformers but has also not censured elements of his government that are critical, even hostile, to re-engagement with Western countries and financial institutions.

ZANU-PF is its own biggest threat. Its constitution is unclear about how to select a new party leader, and by extension president, if Mugabe becomes incapacitated or dies in office. That the party will not countenance open debate on this has led to incessant backroom political jockeying and unprecedented turmoil.

In December 2014, then Vice President Joice Mujuru was purged and her rival, Emmerson Mnangagwa, elevated. Since then, over 140 top national and provincial party officials linked to Mujuru have been suspended or expelled from the party, including nine of ten provincial chairpersons and senior cabinet and politburo members. Posited as necessary t0 end party factionalism, this instead opened a new chapter of division, as those whose interests had converged around Mujuru’s removal sought advantage over each other.

Mnangagwa has strong ties with key security sector elements and is viewed by many as well positioned to maintain stability and pilot a recovery. Having slowly consolidated his position, he is firmly in charge of government business and depicted as a driving force behind re-engagement and reform. However, his command of party structures is uneven, and his limited popularity nationally and within the party is tarnished by allegations of complicity in human rights violations. His ambition to succeed Mugabe is opposed by several senior cadres, labelled Generation 40 (G40), who represent a younger generation and have put their weight behind the increasingly influential first lady, Grace Mugabe. Her very public role since late 2014 as chair of ZANU-PF’s women’s league has the president’s backing. Factional battles between the two groups intensified in early 2016, leaving Mnangagwa’s position apparently weakened.

Calls for reform and re-engagement remain focused on addressing the huge foreign debt and struggling economy. In October, IFIs accepted a plan to clear $1.8 billion in arrears by May 2016, but this looks increasingly unrealistic, as it depends on only partially implemented fiscal policy prescriptions, including a sizeable reduction in the public wage bill and accessing a major concessional loan. Obtaining further credit will require more significant and politically sensitive reforms, for which there is limited appetite ahead of elections in 2018.

The opposition has yet to recover from devastating 2013 election losses. An early resurgence is unlikely. The largest opposition party, the Movement for Democratic Change – Tsvangirai (MDC-T, led by Morgan Tsvangirai), has fractured further and has limited resources. Mujuru’s nascent People First (PF) formation remains an unknown quantity, reportedly flirting with parties across the political spectrum. The new constitution, approved in 2013, provides a framework for civil society advocacy, but this is stymied by limited strategic vision and reduced donor support. Efforts to promote a national convergence of interests have not gained traction.

Governance deficits, political violence, corruption, electoral reform, human rights and rule-of-law violations are deep challenges that must be faced. Recent court judgements and Zimbabwe Human Rights Commission reports condemning political violence are welcome but anecdotal reactions, not remedies for systemic malpractice. International actors should seek common ground and action that addresses these sensitive political challenges and also promote an inclusive, sustainable economic recovery. Southern African Development Community (SADC) countries – South Africa, in particular – have specific interest in ensuring Zimbabwe recovers its position as a lynchpin of stability and an engine for regional development. To do so, they, the U.S., UK, China, the European Union (EU), African Development Bank (AfDB), World Bank and International Monetary Fund (IMF) should develop an engagement framework that has clear governance and rule-of-law and financial and economic objectives and enables monitoring and assessment.

The International Crisis Group kindly allows Modern Tokyo Times to publish their esteemed articles based on important research. Please check the website of this highly valued international organization at http://www.crisisgroup.org/