Each city features carefully curated programming by The Japan Foundation, Sydney, from star-studded drama Yakiniku Dragon and tear-jerking true story The 8 Year Engagement, to viral genre-bender One Cut of the Dead, and one of the latest works from master filmmakers including Hirokazu Kore-eda (Shoplifters – winner of the Cannes Palme d’Or in 2018).

The Festival in Adelaide, Brisbane, Canberra and Perth kicks off with romantic detective mystery DESTINY: The Tale of Kamakura, touted as the live-action version of the Ghibli classic Spirited Away. An adaptation of Ryohei Saigan’s popular Kamakura Monogatari manga series by Takashi Yamazaki (Always: Sunset on Third Street), this modern fairy tale follows a writer into a netherworld of supernatural creatures to save his wife.

Sydney and Melbourne will open with viral microbudget genre-bender One Cut of the Dead. Direct from sold-out screenings across Japan, this action-packed spectacle is a brilliantly-disguised low-budget, high-concept take on the zombie comedy genre. Flowing seamlessly from monster mayhem, to hilarious satire, into a family comedy-drama, Shinichiro Ueda’s debut follows a film crew shooting a zombie flick, during which they are attacked by real zombies. 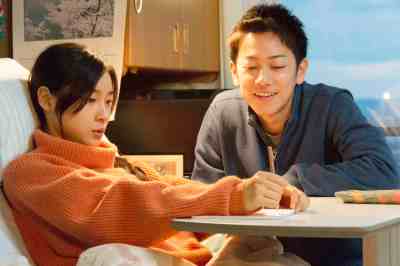 “This year’s program is a provocative cross-section of modern Japanese filmmaking, and stunning works from the country’s ‘New New Wave’ of cutting edge filmmakers: Summer Blooms by up-and-comer Ryutaro Nakagawa, and Goodbye, Grandpa! by Yukihiro Morigaki,” she said.

Other program highlights include Yakiniku Dragon, featuring a star-studded cast including Jeong-eun Lee (Okja), Yoko Maki (The Grudge), and Yo Oizumi (Bread of Happiness). Based off Wui-Sin Chong’s award-winning 2008 play, the heart-warming story of resilience draws on Chong’s own experiences as a Korean-Japanese immigrant.

Top cinephile picks include two films from Official Competition in Venice: The Third Murder, a probing courtroom drama by master filmmaker Hirokazu Kore-eda (Shoplifters); and Shinya Tsukamoto’s Killing, starring Yu Aoi (Japanese Girls Never Die) and Sosuke Ikematsu (Shoplifters); plus Love At Least, about a hypersomniac recluse and her boyfriend, whose lives are turned upside down by a scheming ex-girlfriend.

The Festival will also showcase the versatility of pink film maestro Takahisa Zeze with three distinct films: The Chrysanthemum and the Guillotine, about militant anarchists who fall in love with a female sumo troupe; tear-jerking drama The 8-Year Engagement, the viral true story of a man standing by his fiancée after a coma erases her memory; and My Friend ‘A’, following a failed journalist uncovering his colleague’s murderous past.

Not to be missed is a delectable 4K restoration of iconic 1985 foodie classic Tampopo featuring the breakthrough role of Oscar-nominated actor Ken Watanabe (The Last Samurai). Dubbed a “ramen Western,” the comedy explores the relationship between love and food through a truck driver who helps save a family’s run-down noodle shop.

The Festival will also presents a FREE classic film program from 29 September – 2 December in Sydney, Melbourne and Canberra. Featuring works adapted from novels by celebrated authors such as Junichiro Tanizaki and Kyoka Izumi, the program showcases influential works from cinematic masters from the Japanese Golden Age and New Wave.

Stay up to date with JFF:

About The Japan Foundation, Sydney

All images belong to The Japan Foundation, Sydney