Sanctions against Myanmar are “Nonsense” claims the Ambassador of Japan 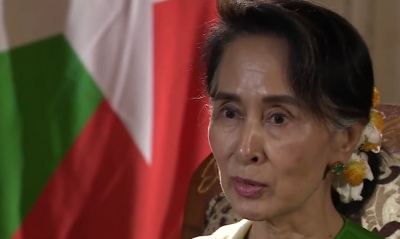 The Japanese Ambassador to Myanmar, Ichiro Maruyama, is adamant that international sanctions against this country are “utter nonsense.” Hence, Japan believes, like other regional nations, that supporting Myanmar is the best process to solving the situation in Rakhine.

Maruyama spoke frankly to The Irrawaddy about Japan’s objectives in helping Myanmar during this trying time. This is based on international pressure emanating mainly outside the region – with Malaysia being the main dissenting voice based on the religious angle.

The ambassador expressed, “We believe it’s very important for Myanmar, which now has a democratically elected government after more than 50 years, to solve the issues it faces. We engage with Myanmar based on this belief.”

Indeed, the language of the international community and media emanating in major Western and Islamic nations is extremely harsh and overly one-sided. The State Counselor, Daw Aung San Suu Kyi, is faced with a plethora of problems. This relates to solving protracted military conflicts involving many ethnic groups; overcoming internal political constraints; developing the economy; strengthening the infrastructure; enhancing the newly found democratic path; stemming terrorist intrigues; not alienating the indigenous and Buddhist angle in Rakhine – and an array of other important areas. Hence, in this light, the State Counselor needs international support because it is remarkable that the democratic path is continuing. Similarly, Daw Aung San Suu Kyi should be praised for strengthening regional economic and political ties given the array of complexities that this esteemed leader faces.

Maruyama told The Irrawaddy, “We will try to help organizations like the UN and the international community understand the government’s voice, because only doing so can [gradually] bring positive outcomes… We believe so.”

Pointedly, Maruyama expressed that in the past the international and local communities supported progressive forces that opposed the military regime in Myanmar. Yet, now, the differences between Myanmar and powerful nations in the Western and Islamic world are extremely different. Therefore, Japan seeks to be “a bridge” that will help to smooth tensions and focus on solving the complex nature of Rakhine.

In a recent article, Modern Tokyo Times stipulated, “Ironically, the negative narrative being used against Myanmar seems to be creating greater awareness to enhance relations with regional nations, two Permanent Members of the United Nations, and nations further afield in Northeast Asia. The outcome being that Myanmar is improving relations with China, India, Japan, the Russian Federation, South Korea, Thailand, Vietnam, and others. At the same time, business investments from other nations including Singapore and Taiwan highlight the fact that this nation can’t be isolated based on foreign intrigues.”

The same article stated, “In terms of geopolitics the powers of China, India, and Japan respectively understand the significance of Myanmar. At the same time, the Russian Federation understands the bigger geopolitical picture and along with China, these two Permanent Members of the United Nations are valuable friends of Myanmar.”

Overall, it is hoped that Japan – and other friendly nations – will continue to support Myanmar in many important areas even if differences exist in how to solve the crisis in Rakhine. Hence, strengthening ties and understanding is the best way to move forward. Likewise, negative nations need to re-evaluate the situation and acknowledge the enormous complexities that Daw Aung San Suu Kyi faces. Therefore, economic sanctions and endless dangerous narratives will only play into the hands that seek to stem the democratic process – in turn, the poor will suffer.