Japan art and one-sided love: Frailty of life despite his boundless love of Paris

Japan art and one-sided love: Frailty of life despite his boundless love of Paris 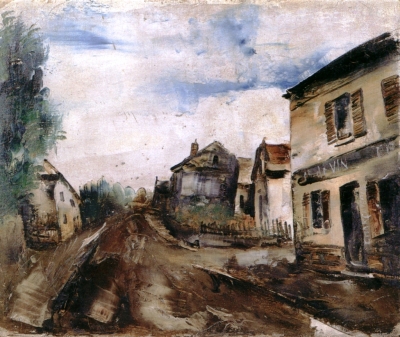 Yuzo Saeki is one of the most intriguing artists to have left the shores of the land of the rising sun. Sadly, his time on this earth was extremely limited because he perished when he was only 30 years of age. However, despite the short life of Yuzo Saeki, he leaves a lasting and intriguing legacy – albeit, tinged with sadness. 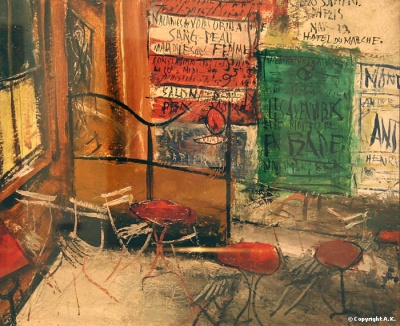 This distinguished Japanese artist was born in 1898 in the dynamic city of Osaka. Of course, cultural traits belong to Osaka but trade and commerce dominate this powerful city. In close proximity to Osaka are the powerhouses of Buddhism in Koyasan, Kyoto, Nara, and in other areas including Negoro-ji in the stunning prefecture of Wakayama. Interestingly, the father of Yuzo Saeki was a Buddhist priest. Therefore, one can only imagine all the rich traditions that belonged to his natural environment, while also witnessing all the radical changes that were impacting on Japan after the Meiji Restoration of 1868. 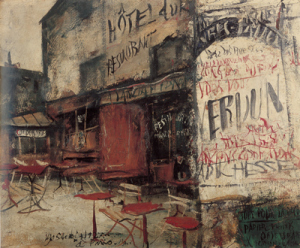 Yuzo Saeki and other Japanese artists in this period of history could experiment with various styles of art. After all, the Meiji and Taisho periods equated to new ideas and horizons that could only be dreamed of in bygone times during the Edo era. 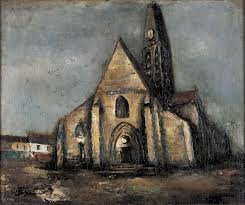 His short life encompasses many dreams that are shattered by the cold reality of this world. This notably applies to alienation in a foreign nation, poverty, serious health issues – and dreams of great hope that becomes shattered by all the failings of life. Ultimately, making his dreams and passions turn into ever-increasing vicious circles of abandonment and knowing that life would be curtailed at a young age. Therefore, the thirty years on this planet for Yuzo Saeki were based on extreme highs, the feeling of safety, and new artistic horizons – to utter abandonment, social alienation, and serious health issues that would end his life at the tender age of thirty. 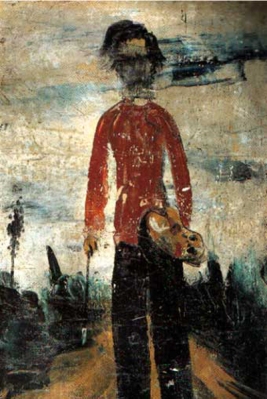 In another article, I state, “These negatives all conspired together, therefore, by the age of thirty he died in a mental hospital in France while being destitute. Sadly, the culmination of tuberculosis, a nervous breakdown brought on by overwork, limited means to survive, still painting outside despite worsening health conditions and other negative factors – all led to a very sad and tragic ending to the life of Yuzo Saeki.” 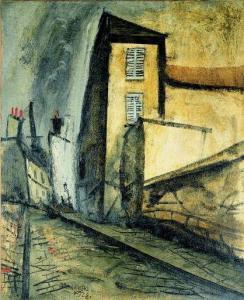 Michael Brenson comments strongly about Yuzo Saeki moving to Paris in 1924. He says, “His paintings reflect his isolation. His cafe windows and stores are filled with signs, some illegible. In his ”Snowy Landscape,” figures are on the verge of illegibility. His signs seem like scars of an internal pressure to resolve a conflict between the independence and picturesque subject matter of Paris and a dependence upon his native calligraphic and woodcut tradition.” 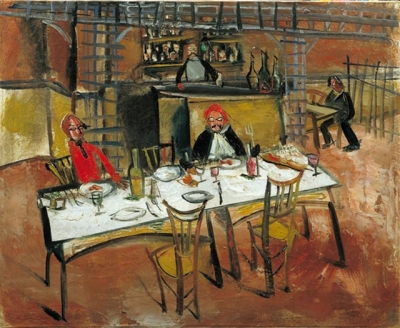 However, despite all the hardship and feelings of social alienation in Paris, it is clear that Yuzo Saeki was more than just intrigued by this famous artistic city. In an ironic sense, his love of this intriguing city can be felt by the artistic fervor and creativity that engulfed Yuzo Saeki’s time in Paris – but ultimately this energy and passion meant that he neglected his health. Therefore, when family and friends back home in Japan pleaded for him to return to the land of his birth, in order to escape the cycle of poverty that was entrapping him and to focus on his health, he declined because now art had engulfed his soul to an extreme. 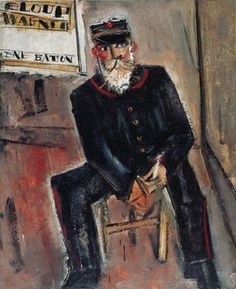 Overall, it is abundantly clear that Yuzo Saeki fell in love with Paris because the environment enabled him to produce stunning and intriguing art pieces of the highest quality. Despite this, he felt little of this love in return because he died in destitution and one can only imagine his final moments in a mental institution in France before leaving this world.