Germany is endangering democracy: More surveillance of the democratic AfD political party by the BfV 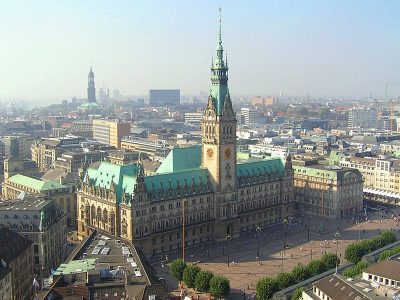 If irony wasn’t ironic, then the German government and the intelligence agency will increase its surveillance of a major opposition party. Of course, the leadership of Chancellor Merkel is responsible for increasing the threat of Sunni Islamic terrorism, international criminal activity, and several Germans have been killed by fake refugees based on Merkel supporting mass immigration. Indeed, the growing state-within-a-state of President Erdogan’s Turkey in encroaching on ethnic Turks in Germany – and growing numbers of Sunni Islamic Takfiris – means that on Merkel’s watch the surveillance sector is growing rapidly. Hence, rather than increasing surveillance against the Alternative for Germany (AfD) political party that seeks to preserve German identity and culture (even if people don’t agree with this political party), the intelligence community should be taking Merkel to task for increasing social divisions in Germany.

Instead, the BfV (Bundesamt für Verfassungsschutz) will increase its surveillance of the AfD at the behest of the Federal Ministry of the Interior in Germany. In other words, the state apparatus of Germany will monitor a major and growing democratic political party. This is a dangerous measure to take because it undermines democracy.

The BBC reports, “The BfV will impose a higher level of surveillance on the AfD youth organisation JA and on an AfD grouping called Flügel (Wing).”

However, the AfD will deem this action to be discriminatory and unmerited because in democratic nations the internal security service shouldn’t be increasing surveillance on a democratic political party. It seems that the crime of the AfD is merely expressing its concern about Islamism in the body politic of Germany and for being opposed to mass immigration.

In a past article by Modern Tokyo Times it was stated, “Chancellor Angela Merkel of Germany opened up a can-of-worms by allowing vast numbers of fake refugees – fused with genuine refugees – entering this nation. The consequences of Merkel’s chaotic policy in disregarding vast sections of the indigenous community resulted in the polarization of Germany. Hence, the political rise of the Alternative for Germany (AfD) that supports a nationalist and indigenous cultural approach to stabilizing this nation. Therefore, since Merkel opened up the can-of-worms many fringes irrespective of far-right or far-left – or other political parties that are challenging the main two political parties – have emerged.”

Hence, the intelligence gathering done by the BfV on the AfD is based on the failed policies of Merkel. Yet, the state apparatus shouldn’t be used to threaten a major opposition party by infringing on the civil rights of its members. Therefore, Germany is taking many steps backward under Merkel because increasing political divisions have occurred and now the state apparatus is being used against a major political party.

The Guardian reports, “Party leaders reacted angrily to the BfV’s statement, saying they would fight it. “We consider this decision to be wrong,” said Alexander Gauland, the AfD co-leader. He accused the BfV of pandering to a “certain societal climate” and called the move a deliberate attempt to damage the AfD’s prospects before elections in the states of Brandenburg, Saxony and Thuringia.”

Irrespective if people support the AfD or not, it is wrong for the state apparatus to become involved in monitoring a leading opposition party. Therefore, this is a sinister ploy and undemocratic because the BfV should refrain from becoming a political tool. Indeed, it fits in more with what you would expect from the old German Democratic Republic.