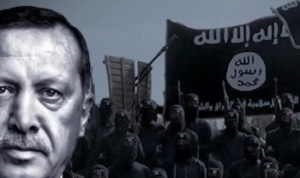 Turkish prosecution documents show that the regime of President Recep Tayyip Erdogan was up to its eyeballs supporting ISIS, a new report by the London-based Investigative Journal has found.

Wiretaps show that Turkey’s intelligence agency, known by its Turkish acronym MIT, actively conspired to bus ISIS and al-Qaida jihadists across Turkish territory to Syria. It wasn’t simply a case of the MIT looking the other way. The jihadis were bused to Syria on buses owned by the MIT, former Today’s Zaman editor Abdullah Bozkurt, who wrote the report, told the Investigative Project on Terrorism (IPT). At least 15,000 ISIS fighters entered Syria this way, he wrote. Turkish authorities knew but did nothing to stop it.

Georgetown University adjunct professor Anne Speckhard has interviewed 118 ISIS prisoners and defectors during the past three years. Some told her that Turkish intelligence knew of their activities and did not try to stop them.

One ISIS jihadist claimed that Turkey provided ISIS with drones and munitions to be used against the Kurds. He also claimed that Turkish hospitals treated ISIS fighters during the 2014-15 battle for Kobane. Wiretaps show that the company responsible for helping ISIS fighters receive treatment were linked to the Turkish government, Bozkurt said.

The European Union’s official intelligence body, EU INTCEN, reportedly suggested that an October 2015 ISIS suicide bombing that killed 109 people at a peace rally in Ankara was ordered by Turkey’s ruling Justice and Development Party (AKP). Victims were protesting against violence between the Turkish government and Kurdish rebels belonging to the Kurdistan Workers Party (PKK).

Dozens of intelligence reports had warned of a possible ISIS attack in Turkey, including one by the Turkish National Police Anti-Terror Department. It said a special ISIS team was being trained in Syria and that there were plans to target a large meeting in Turkey for a suicide attack. This report was not transmitted to authorities who could have stopped the attack, Bozkurt reported. Instead, security around the protest area was drastically reduced.

The bloodshed strengthened Erdogan’s hand politically, Bozkurt said, pointing to the AKP’s securing a parliamentary majority in elections the next month. Two other ISIS bombings took place around that time, and in each case, “All operatives were known to security” but were not intercepted. 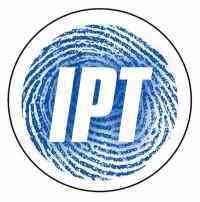