The coronavirus (Covid-19) death toll in Brazil is now 50,608 and with few signs of abating. Confirmed cases have also surpassed one million. Hence, the coronavirus crisis is extremely potent in this country.

Yet despite the severity of the crisis the World Health Organization (WHO) is stating that Brazil’s health care system is coping. Of course, pressure exists in areas hit especially hard. Equally, concerns remain for the indigenous in remote areas. However, the WHO is stressing that the health care system isn’t overwhelmed.

America, Brazil, and the United Kingdom have the highest number of coronavirus deaths. In all three nations, the real figure is higher based on excess deaths. Also, the populations of America (328.2 million) and Brazil (212.5 million) are extremely high compared with the United Kingdom (67.8). 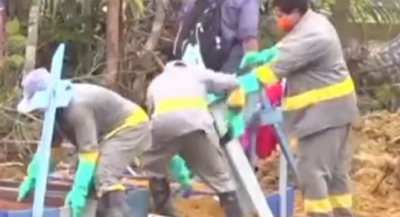 President Jair Bolsonaro is adamant that the economic impact is the main worry for Brazil. Also, he claims that a complete lockdown would result in untold numbers of deaths. This is based on many people living in absolute poverty.

The BBC reports, “Mr Bolsonaro argues that the economic impact of the measures will be much bigger than the virus itself, a position shared by many. But his overall approach to the crisis has led to the resignation of two doctors as health minister.”

Nations throughout the Americas have been hit hard just like Europe. However, while the Russian Federation is still in the throes of the coronavirus, most European nations are now in recovery mode. Yet for many nations in the Americas, the crisis is ongoing and getting worse in several countries. Therefore, deaths have now reached 20,781 in Mexico, 8,430 in Canada, 8,045 in Peru, 4,479 in Chile, 4,223 in Ecuador, and 2,237 in Colombia.

Worryingly, infections are either increasing or remain high in America, Brazil, Chile, Colombia, Mexico, and Peru. Also, while deaths remain relatively low in Argentina, Bolivia, the Dominican Republic, and Honduras new infections are increasing. Meanwhile, the death toll in Nicaragua is much higher than being claimed and the same applies to Ecuador that acknowledges this.

America and Brazil are also blighted by major political differences thus a lack of unity is abundantly clear. Sadly, it appears that deaths will keep on flowing in the Americas from the coronavirus.