The media in America, parts of Europe, and other areas of the world are highlighting discrimination and Black Lives Matter (BLM) to an extreme. Yet, unlike America that welcomed people from every continent in the post-World War Two period, the same can’t be said for many parts of the world. This reality applies irrespective if the current leader of America is reducing immigration based on his electoral promises

Nobody is claiming that discrimination doesn’t exist in America – be it institutional racism – or racism directed by ordinary people in all directions. However, why is the focus mainly on America and not shared equally?

Before addressing events some basic facts need expressing immediately. In Saudi Arabia, this nation only abolished slavery in 1962. Similarly, the Turks still had slaving markets in the early twentieth century before the Armenian, Assyrian, and Pontic Greek genocide that killed millions of Christians. Ironically, the Arab Muslims and Ottoman Turks both enslaved Europeans and black Africans.

The Marxist angle to BLM is equally ironic because in Cuba the Afro-Cuban community suffers enormous discrimination. Likewise, in China, the Chinese Communist Party (CCP) is crushing the Tibetan Buddhists and Muslims of Xinjiang.

In other words, the racism of the CCP applies to ethnic and religious discrimination. Thus, just like Indonesia, where the Javanese and others are swamping West Papua and calling the indigenous “monkeys,” China is intent on oppressing the indigenous and controlling all vestiges of power.

Hence the Marxist angle of BLM is rather shallow given the racist angle of China and Cuba. The New York Times reports, “The dominance of the white political leader and the disenfranchisement of black Cubans have always been a part of the island’s history. However, with Raúl Castro ceding power, the nascent post-Castro era has an opportunity to finally integrate black people into Cuban society and address the deep racial and economic inequality that persists today. Afro-Cubans are more and more removed from the social progress that is slowly being made — expanded access to digital technologies, an economy opening to foreign currency, a shift to more private enterprise — and intended for white Cubans.”

The Irish Times – in relation to China and Tibet – says, “Tibetan exile groups have consistently accused the Chinese government of deliberate discrimination and racism against the Tibetans. They claim a new form of apartheid has been created with Tibetan culture, religion and national identity considered a threat.”

Nigeria, a nation that killed many Biafrans (Igbo people) during the brutal Biafran War, is still a land of enormous ethnic and racial hatred. Similarly, just like China and Indonesia, indigenous groups like the Ogoni people suffer enormous persecution and have their natural resources controlled by the nation-state of Nigeria.

Endless massacres by the Fulani against Christians is an ongoing problem. Hausa and other clashes with different ethnic groups equally break out. Meanwhile, southerners from various ethnic groups suffer horrendous racism and discrimination in cities like Kaduna. Therefore, ethnic and religious massacres are the norm in Nigeria based on Boko Haram Islamists and other factors.

The Unrepresented Nations and Peoples Organization report, “The Ogoni people and their land represent oppression and resistance. They are persecuted by their own government for their struggle for human rights and respect for the environment. They are up against the Nigerian government and military, as well as the international fossil fuel Giant Royal Dutch Shell. Despite producing an average daily output of 185,000 barrels of crude oil, Ogoniland remains in poverty. The environment is turning into a wasteland and objections are hit down upon with severe violence. Since 1993, over 4,000 Ogonis have been killed due to state-sponsored terrorism.” 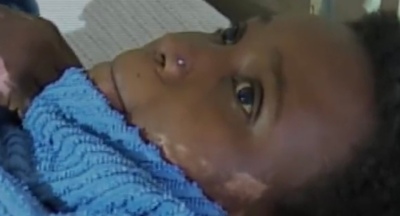 In Turkey, the legacy of the Ottoman Empire that enslaved many European ethnic groups – and enslaved in Africa – continue to stir nationalism. Hence, in the late nineteenth to the early twentieth century, it was about erasing several ethnic Christian groups.

However, in recent decades the Kurds are the sole concern because the Christian question ended after the genocide. Therefore, the Kurds suffer horrendous discrimination, killings, and political activists are arrested on flimsy charges.

Ironically, while statues are tumbling in America and the United Kingdom, the opposite is happening in Turkey. Instead, Orthodox Christian churches are being converted into mosques and Kurdish identity is equally under threat.

For example, a library honoring Celadet Bedir Khan was demolished. Hence, the legacy of this Kurdish intellectual is being erased while Kurdish politicians are imprisoned. Thus many angles to anti-Kurdish policies exist in Turkey.

The legacy of racism and religious discrimination in Saudi Arabia is summed-up rather easily. Since the time of Prophet Mohammed religious enslavement existed in the land of Mecca from the 7th century until slavery was abolished in 1962.

Discrimination continues with the banning of all non-Muslim holy places, non-Muslim males are forbidden from marrying Muslim women, and poorer migrants from Africa and Asia reside in segregated camps.

Racism in Saudi Arabia and throughout the Gulf is a way of life. This even applies to migrants being sold from Lebanon in the Levant to Kuwait. The Guardian utters, “Reports of east African workers being raped and tortured across the region and haunting videos of Kenyan women pleading for help after allegedly being abused by their employers saw the Kenyan government follow other countries such as Indonesia and the Philippines in banning its citizens from traveling to work in the Gulf in 2014.”

In Indonesia, many Papuan students were called “monkeys,” “pigs,” and “dogs” by the Indonesian military. This naturally set off tensions throughout West Papua where the Javanese elites seek to crush the indigenous via non-Papuan migration and controlling the natural resources of this land.

The Guardian reports, “They have since spread to almost 30 cities inside and outside West Papua. There, demonstrators have flown the banned Morning Star flag, a symbol of Papuan independence, and held signs reading: “Papua merdeka, itu yang monyet inginkan,” – “Free Papua, this is what the monkeys want.”

America in history took in vast numbers from all continents but the same doesn’t apply to most of Asia with regards to citizenship. For example, how many black African Christians have been given citizenship and religious freedom in China, Iran, and Saudi Arabia in the last 50 years?

Indeed, even in Japan, Singapore, and South Korea very few Africans or Asians fleeing wars have been given refugee status. Especially when compared historically to America, Canada, France, Germany, and the United Kingdom.

Ironically, endless immigration means poorer African Americans, Native Americans, and white Americans remain on the margins of society. Thus they are falling further behind the successes of the Chinese, Indians, Nigerians, and others.

Overall, the problem of class, ethnic persecution, institutional racism, religious persecution, gender inequality, and other ills are international problems. Yet unlike the majority of nations, the United States remains attractive to people from all over the world.  Therefore, many media organizations are over-focusing on negativity while glossing over the reality of the international angle.