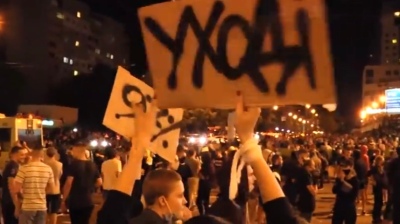 Protests are continuing in Belarus against President Lukashenko after the recent national election that activists claim is tainted. At the same time, Sviatlana Tsikhanouskaya immediately left the country fearing the power of the state apparatus. Therefore, the geopolitical tightrope is now being witnessed in the corridors of power in America and the European Union (EU).

Lukashenko is hoping that protests will burn themself out, while the geopolitical angle means less international pressure. After all, if America and the EU put enormous pressure on Lukashenko, the fear is that the Russian Federation will gain from the crisis.

In the opposite direction – and from the view of the Russian Federation –  it is NATO that is hostile. After all, Western powers turn off human rights depending on the nation of concern. 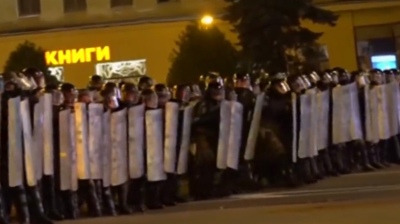 Indeed, NATO Turkey is known to have links with various Sunni Islamist terrorist groups from Libya to Syria – while imprisoning various opposition forces internally. Hence the Russian Federation desires either the current status quo – or for Belarus to fall into the orbit of Moscow.

Protesters in Belarus are hostage to geopolitics thus Western nations may enforce sanctions – or seek Lukashenko to compromise under limited conditions. Yet it is in their hands for how far the crisis goes. For apart from grand statements, it is difficult to see what Western nations can do apart from economic and political sanctions.

Voice of America reports, “As many as 6,000 people have been arrested and hundreds injured after police used tear gas, clubs and rubber bullets to break up the nightly marches.”

Of course, not all individuals are opposed to Lukashenko even if mass discontent exists in major cities. Thus an internal and external tightrope exists. Meanwhile, Lukashenko doesn’t want to be trapped by either the Russian Federation or America and the EU.

The cries of democracy are being heard in Belarus. However, the geopolitical reality means that they are on their own for now.