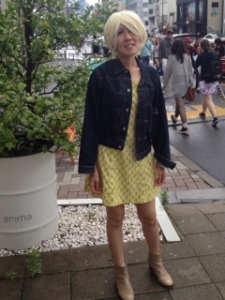 In April last year the exquisite Alexander McQueen brand opened in vibrant Roppongi. This part of Tokyo is especially popular for many expatriates along with Tokyoites in general who enjoy the more international flavor of this district. Therefore, it is no surprise that the Alexander McQueen brand is now consolidating its presence in Tokyo by recently opening their first flagship store in elegant Aoyama.

Last year was obviously pivotal for Alexander McQueen in Tokyo therefore 2014 is following on from the gains made after opening up for business in Roppongi. Obviously, the elegant nature of this famous brand meant that Aoyama was a natural choice with regards to opening their first flagship store in Japan.

Jonathan Akeroyd, the chief executive officer at this distinguished brand, commented: “The environment seems a good fit for McQueen — it’s quite an open, contemporary environment, which we like.”

Of course, the same could be said about other amazing districts in Tokyo that cater for the luxury fashion market. This notably applies to Ginza, Omotesando, Yurakucho and other high-octane parts of this amazing city.

In saying that, Akeroyd insists: “Of all the areas in Tokyo, I think that was the natural fit for our brand. We’ve taken our time to make sure we get the right space.”

In 2013 the Roppongi renaissance witnessed other delightful brands entering the fashion vibes of this part of Tokyo. For example, Jacob Cohen and Planet Blue, and a host of others, opened roughly during the same period that Alexander McQueen did in the same district. 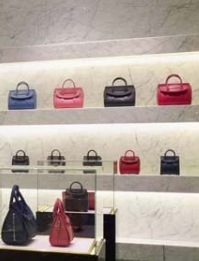 Modern Tokyo Times stated in another article about Alexander McQueen that: “This highly valued brand is known internationally because of style, sophistication and the exquisite nature of their products.”

It is hoped that new ventures by Alexander McQueen will open throughout other parts of Japan once consolidation is reached.