Japanese Artist of the Ninth Century: Kose Kanaoka and the Respectful Mirage

Japanese Artist of the Ninth Century: Kose Kanaoka and the Respectful Mirage 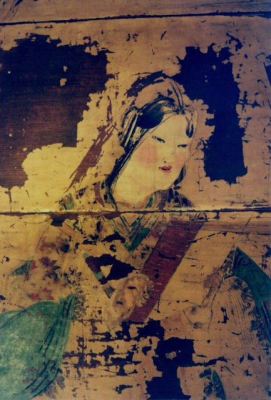 The ninth century artist Kose Kanaoka remains elusive in many areas because sadly a fire destroyed his last known documented art piece in the seventeenth century. At the same time, enormous respect and homage to Kose Kanaoka mean that attributions cloud reality. Therefore, much remains unknown about the life of this esteemed artist apart from the legacy he left behind based on the enormous respect shown to him.

Kose Kanaoka’s legacy is laying the foundations of the Kose School and the freedom of the art he produced. This applies despite the ravages of time and the ultimate decimation of his original art.

Unlike other leading Japanese art schools, the beauty of the Kose School (image below belongs to the Kose School) is that no single style represents this group of artists. Indeed, Kose Kanaoka had a free and inquisitive spirit despite the natural reality of stratification and piety that embodied many areas of his life. After all, the trappings of court artists must have been immense and the same applies to the growing entrenchment of Buddhism.

It is known that Kose Kanaoka focused on animals, official portraits, and landscapes. Equally important, the richness of Kose Kanaoka and his pupils enabled the yamato-e style to emerge. Also, the Tosa School of art can be linked to the Kose School based on Kinmochi, a student of Kose Kanaoka, teaching Motomitsu Kasuga. Therefore, culturally, his legacy is immense and the same applies to moving to Japanese styles, unlike the past that focused on the Middle Kingdom of China.

Patronages of his art include Emperor Uda (867-931) and Mototsune Fujiwara. Given this, the Imperial Court and power of Buddhism and Confucianism impacted greatly on the thought patterns of Kose Kanaoka.

The exact birth of this esteemed ninth century artist remains foggy. However, despite this his pupils who formed the Kose School enabled his artistic spirit and innovative approach to remain alive.