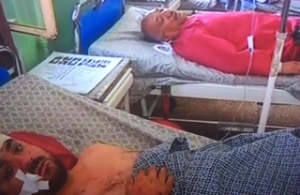 In any other religion, including minority Muslim sects like the Alawites and the Shia, people greet holy periods with even more sanctity. However, in the world of Sunni Islamism then it is about more hatred, terrorism, cleansing, and mindless slaughter. Hence, the coming period of Ramadan and early period will mean even more Sunni Islamist terrorist attacks at an increasing rate. Therefore, in the last week, Sunni Islamists have butchered in Baghdad, Kabul, Manchester, and other cities, and they have deliberately slaughtered Coptic Christians in Egypt after they refused to convert to Sunni Islam.

The latest terrorist attack to hit Iraq applies to two car bombs aimed at butchering Shia Muslims. ISIS (Islamic State – IS) openly bragged about targeting the “gatherings” of the followers of Shia Islam. Indeed, one car bomb was ignited at a shop selling ice cream because ISIS knew Shia Muslims would be meeting at this place in large numbers. This happened in the district of Karrada, Baghdad.

BBC reports, “Dozens of people were reportedly sitting on benches outside the popular al-Faqma ice cream parlour in Karrada, a predominantly Shia commercial area, when a car parked on the street nearby exploded.”

It is known that at least 26 people have perished in the car bombing attacks in Baghdad. Sadly, it is more than likely that more terrorist attacks by Sunni Islamists in Iraq will further greet the Holy Month of Ramadan.

Meanwhile, in Afghanistan, a major Sunni Islamist attack is known to have killed at least 90 people in Kabul. The bomb apparently was hidden from security forces in a sewage tanker and like usual the victims were mainly civilians, despite the bomb exploding near the embassy of Germany. 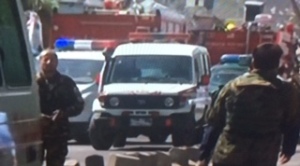 Reuters reports, “The bomb, one of the deadliest in Kabul and coming at the start of the holy month of Ramadan, exploded close to the fortified entrance to the German embassy, wounding some staff, German Foreign Minister Sigmar Gabriel said. Pictures showed the embassy building with its windows ripped out.”

The planned Sunni Islamist terrorist attack took place during rush hour in the capital of Afghanistan. Irrespective if ISIS or the Taliban (Taliban denies responsibility) committed the latest atrocity, it is still the same Takfiri Sunni Islamist mindset that is butchering in countless nations.

The New York Times said, “The target of the explosion was Zanbaq Square in the Wazir Akbar Khan neighborhood, a bustling area of the capital near the presidential palace and many foreign embassies.”

Of course, Sunni Muslims will have perished in the latest Sunni Islamist attack in Kabul. Yet, according to Sunni Islamists then these Takfiris believe that all and sundry are open to being butchered. After all, they deem all and sundry to be either apostates or infidels.