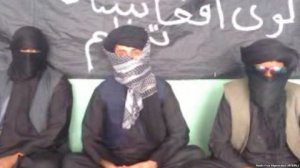 The Shia of Afghanistan faces a fresh wave of Sunni Islamist hatred just like their co-religionists in other nations, for example, Iraq and Pakistan. Hence, ISIS (Islamic State – IS) and the Taliban – and other Sunni Islamist offshoots that fluctuate between various sectarian groups – are increasingly targeting the Shia in Afghanistan.

This in itself highlights the weakness of the government of Afghanistan and international troops that are unable to even protect major parts of the capital. Shia Muslims, therefore, are increasingly facing the brunt of Sunni Islamist sectarian violence in various parts of Afghanistan, including Kabul. Given this reality, the Shia and Afghan nationals opposed to sectarian and terrorist groups can have little faith in President Ashraf Ghani because the bloodletting is increasing.

It is known that the latest attack against the Shia in Kabul involved Sunni Islamist suicide attackers who stormed a holy Shia mosque. Currently, at least 30 people are known to have perished in the latest attack targeting the embattled Shia of this nation.

The New York Times reports, “Worshipers who had jumped out of windows and fled barefoot from the siege described scenes of panic and bloodshed after gunmen entered the compound in a residential area in the north of the city. The men stormed in after an explosion, believed to have been caused by grenades thrown at security guards at the entrance.”

According to eyewitnesses, the Shia holy place was full of worshippers when Sunni Islamist Takfiris struck. Hence, the holy place was stormed after a grenade was thrown into this religious building. Sectarian terrorist forces then stormed the place and killed people at random. After this, Sunni Islamists went upstairs to terrorize female worshippers.

The Independent reports, “There have been several attacks against Shia Muslim mosques in Afghanistan in recent weeks… Last month, 32 people were killed when gunmen stormed a mosque in western Herat province.”

It is known that the holy Shia cleric who was leading the religious service also perished in the latest brutal sectarian attack against innocents.