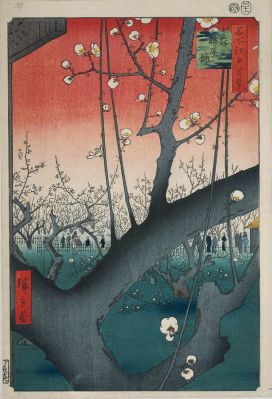 Ando Hiroshige is deemed to be one of the finest artists to bless the country of Japan. On top of this, this amazing artist also influenced famous artists like Van Gogh.  Not surprisingly, Hiroshige left behind a lasting impression on the imagination of so many artists and the general public.

Collectively, Hiroshige and Hokusai helped to generate great interest in Japanese art albeit if this influence grew after their respective deaths. Of course, many other famous artists have been born in Japan and the rich nature of Japanese art is clear for all to see. 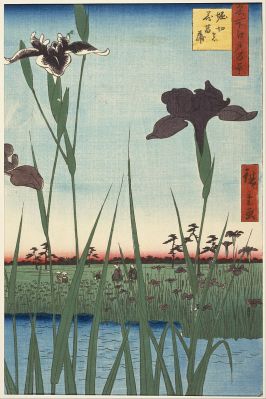 Time, space, nature, color schemes and symbolism fuse together within the art of Hiroshige. This reality also applies to Buddhism, Confucianism, Taoism, and Shintoism within the complex reality of Japanese culture. Of course, some of these philosophical concepts have been shaped by China apart from Shintoism that is indigenous. Despite this, these powerful ideas were equally shaped by the internal culture of Japan that reshaped certain aspects of each major philosophy – or faith.

Not only does serenity naturally abound within these philosophical concepts but certain aspects of sexuality were much more liberal. This backdrop meant that shunga not only materialized but it was allowed to thrive because of different concepts that were tolerated in the land of the rising sun.

Within the visions of serenity, sublime nature, and stunning landscapes you have multi-dimensional realities that may clash in other cultures, irrespective if “Eastern” or “Western” thought patterns. Therefore, open sexuality and conservatism within the same “inner-self” are based on thought patterns that are difficult to grasp from a non-Japanese point of view.

This article is not based on giving a deep background of Hiroshige because the images on show express themselves without words. Therefore, the main theme is based on the duality of Hiroshige and this applies to sublime landscapes and sexual images that he produced. Likewise, the fact that Hiroshige was born a samurai but died a Buddhist monk is equally intriguing from an external point of view – rather than an internal reality.

These contradictory factors are often neglected outside of Japan. However, within the cultural norms of Japan, it is very different and clearly understandable. Therefore, the strong sexuality of shunga is entirely different from an internal point of view. 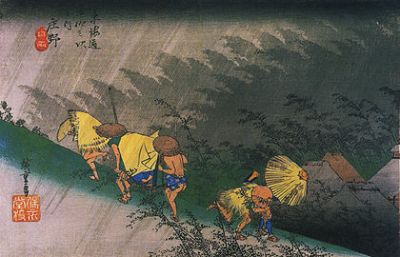 Overall, the Fifty-three Stages of the Tokaido Road, Eight Views of Lake Biwa and the Hundred Views of Edo remain firmly entrenched when thinking about the genius of Hiroshige. However, when you delve deeper into other aspects of Hiroshige’s work, then just like Hokusai, you can envisage the sexual nature and cultural norms of Japan from a different mirror.

Some Japanese art and cultural articles by Modern Tokyo Times are republished based on the need to inform our growing international readership about the richness of Japanese culture.