The Japanese artist Kano Sanraku (1559-1635) witnessed the power processes of the centralization of Japan that ultimately led to the unification of this nation under the Tokugawa Period of 1603-1868. Naturally, the art world of Japan also witnessed new art forms. However, Sanraku firmly belongs to the Kano School of art that was founded by artists who were born in the fifteenth century. 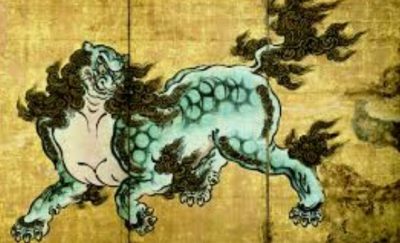 Sanraku at one point worked for the esteemed Japanese warlord, Toyotomi Hideyoshi. Hence, he knew the cultural world of distinctive places like Nara and Kyoto, to the power of the sword in relation to Hideyoshi.

Another powerful patron of Sanraku was Tokugawa Hidetada, the second shogun of the Tokugawa period. In saying this, the shadow and dominance of Tokugawa Ieyasu remained until he passed away from this world in 1616. Therefore, the powerful patrons of Sanraku highlight the rich cultural continuity of the pre-Tokugawa era and the unification period.

Sanraku’s artistic continuity also can be seen by the bright style of color during the Momoyama Period that remained within his artistic soul. Hence, the high culture of art that Sanraku belonged to remains alive within the longevity of the Kano School of Art.

Some Japanese art and cultural articles by Modern Tokyo Times are republished in order to highlight the unique traits of Japan to our growing international readership.