Israel and NSO Group: Pegasus spyware found in over 40 nations is alarming journalists 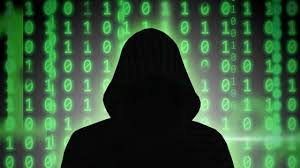 In 2017, the NSO Group was highlighted by Modern Tokyo Times in relation to its spyware being used against journalists in Mexico. However, despite the negative human rights issue related to this Israeli company, it is known that by early 2019 that spyware emanating from the NSO Group was found in at least 45 nations. This not only raises serious issues related to cross-border hacking laws in the area of computer crime; but also to the safety of journalists and other innocent parties.

Of course, the NSO Group is used positively in relation to drug cartels, terrorist activity, powerful crime syndicates, and other areas related to national security. Yet, this is undone by its malware called Pegasus being used against journalists, lawyers, and human rights people based on the negative side of the state apparatus.

In 2017, the New York Times stipulated, “Since 2011, at least three Mexican federal agencies have purchased about $80 million worth of spyware created by an Israeli cyberarms manufacturer. The software, known as Pegasus, infiltrates smartphones to monitor every detail of a person’s cellular life — calls, texts, email, contacts and calendars. It can even use the microphone and camera on phones for surveillance, turning a target’s smartphone into a personal bug.”

Indeed, in Mexico, the Pegasus malware was used by the state apparatus against forces that were highlighting corruption, human rights abuses, and security agencies breaking the law. Hence, malware was being used against journalists, lawyers focused on human rights, academics who delve into important areas, and other individuals that are well outside the remit provided by the NSO Group. Therefore, this group is aiding and abetting the dark side of the centralized state against innocent people – a far cry from what Pegasus malware should be focused on.

Amnesty International is extremely alarmed by the NSO Group. In late 2018, The Independent reported, “Amnesty International said it is considering legal action against an Israeli cyber firm for allegedly spying on its staff, after Israeli media reported the same company had offered Saudi Arabia surveillance software for hacking mobile phones belonging to activists connected to murdered journalist Jamal Khashoggi.”

It is widely known that non-democratic nations are also utilizing the NSO Group. For example, the potent “Pegasus 3” was being peddled in Saudi Arabia according to a report in the Israeli Haaretz newspaper.

Forbes reports, “The malware of concern, dubbed Pegasus, is the creation of NSO Group, an Israeli company valued at close to $1 billion. It can hide on Apple or Google devices, spying via the camera, listening in on conversations through the microphone, stealing documents and siphoning off once-private messages, amongst other surreptitious activities.”

It is high time for the NSO Group and other entities to be investigated and the same applies to the security intelligence apparatus that is knowingly using the Pegasus spyware against journalists, lawyers, and people involved in human rights work. Of course, Pegasus is also being used by forces outside of central governments.

Like mentioned earlier, the NSO Group is doing great work in relation to genuine security areas related to national security, terrorism, kidnappings, crime syndicates, narcotics, and other important areas. Hence, the NSO Group defended itself by stipulating, “Our products have saved the lives of thousands of people, prevented suicide terror attacks, helped convict drug cartel lords, facilitated complex crime investigations and returned kidnapped children to their parents. These are just a few examples of the critical security support our systems have provided worldwide.”

Despite the above – and acknowledging the important place in the modern world for entities like the NSO Group – this is all being undone by deeds done in Mexico and in other parts of the world. Equally, the potent Pegasus malware shouldn’t be used in nations that have extremely poor human rights records. Therefore, internal mechanisms must be strengthened and this group should be questioned and held accountable for dangerous gray areas.