The Chinese artist Shen Quan (Nanpin) had a limited opportunity and a narrow window to view Japanese culture. This is based on entering the narrow window of Nagasaki for roughly two years because Japan was mainly isolated during the Edo Period. However, his pupil Kumashiro Yuhi would further the lore of Shen by passing on the knowledge and artistic traits he learned.

In time, other artists including Katsushika Hokusai, Kishi Ganku, Maruyama Okyo, and So Shiseki would appreciate the art of Shen. Hence, his fleeting time in Nagasaki between 1731 and 1733 mushroomed in the passages of time, despite not appearing to be too optimistic in the initial stages.

The limited opportunities faced by Shen – and the briefness of the window that was open through the medium of Nagasaki  – still didn’t hinder his cultural legacy. Therefore, while some Japanese artists came to respect and adore his art; his disciples in China would also view Nagasaki from their own respective thought patterns. This notably applies to Gao Jun, Gao Qian, and Zheng Pei. 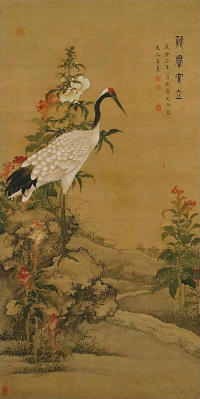 Unlike Japanese artists who were free to venture throughout the land, the pupils of Shen were constrained by edicts related to Nagasaki. Yet, despite the limitations, Shen still inspired artists from both nations even if the interaction was limited based on enormous constraints.