Japanese Buddhist poet of bygone times: Buddha, the way of Shintoism, and culture

Japanese Buddhist poet of bygone times: Buddha, the way of Shintoism, and culture 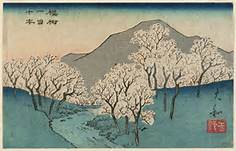 The Japanese Buddhist poet Saigyō Hōshi (birth name Satō Norikiyo) was born in 1118 and passed away in 1190. He was a man of passion, virtue, contemplation, and a soul that wandered places of religious importance. Solitude also became part of his life during his travels of stunning beauty.

However, the downside for Saigyō is that he lived in a time of political and social upheavals. Similarly, it appeared to Saigyō that Buddhism was in decline based on a multiple of factors linked to the changing times. Part of this was due to historical and social events but other areas were linked to Saigyō being a deep thinker, at one with nature, the impact of Shintoism, holding pessimistic beliefs, and being opposed to renunciatory ideals linked to Buddhism in his mindset.

Despite this, “the light of the Buddha” outside of “idealism in pious temples” guided this Buddhist monk throughout his life even if he questioned certain norms. Hence, he left behind insights into this world based on his words that were put onto paper. At the same time, you have hints of his free spirit and love of nature. Therefore, Saigyō, unlike the majority of Buddhist monks who wished to die facing the Buddha greeting them in the West, he wanted to die surrounded by beautiful flowers under a tree in full blossom. In other words, the fusion of Shintoism and nature entered Saigyō’s Buddhism because he envisioned the love and spirit of the Buddha in nature.

Let me die in spring under the blossoming trees, let it be around that full moon of Kisaragi month.

In another poem highlighting the power of nature and where emotions impacted deeply on the soul of Saigyō, he wrote:

I’ll forget the trail I marked out on Mount Yoshino last year; go searching for blossoms in directions I’ve never been before.

Once more, the Buddhist ideal of abandoning attachment fails Saigyō because he searches for stunning nature. Mount Yoshino is famous for holy Shinto shrines and a place of pilgrimage in Nara Prefecture. Therefore, the Buddhist monk Saigyō was attracted greatly by the older world of Shintoism in Japan and the natural beauty of Cherry Blossoms. 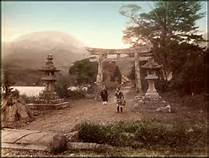 In other words, “the light of the Buddha” for Saigyō was based on the teachings of this esteemed holy person, the morals he laid down in his teachings, the exemplary life of the Buddha, and the path he opened for countless millions of people throughout the ages.

Hence, Saigyō belonged to a period of political uncertainty in Japan and where Buddhist salvation had been challenged by the flows of time. Similarly, Saigyō was connected to powerful political individuals and participated at many levels, despite rejecting the samurai world that seemed most natural for him. Overall, this thinker understood the changing political times while finding salvation in the Buddha, nature, and remaining influenced by the old world of Shintoism.

Some Japanese art and cultural articles by Modern Tokyo Times are republished based on the need to inform people about the unique cultural traits of Japan.