Japan to Sweden and the Sterilization of the “unworthy” 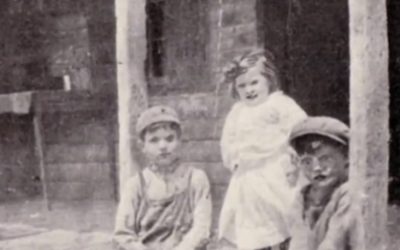 Prime Minister Shinzo Abe of Japan acknowledged the brutality of forced sterilizations that inflicted vast numbers of people between 1948 and 1996. Hence, compensation will now be given to victims who suffered greatly from the deeds of past Japanese governments that tolerated sterilization based on many factors. However, sterilization programs were implemented by several nations, irrespective if the conservative political system of Japan to the liberal and Social Democrats position in Sweden.

Indeed, The Guardian media group stresses that the sterilization program of several nations happened to overlap political ideology. This media group reports in relation to Sweden, “As in Britain, where some of eugenics’ most enthusiastic supporters were on the political left, liberals and Social Democrats backed the Swedish programme and sustained it for decades.”

Turning back to Japan, Abe stated, “We will do all we can to achieve a society where no one is discriminated against, whether they have illnesses or handicaps, and live together while respecting each other’s personality and individuality.”

According to the legal framework of Japan, it was stipulated that sterilization was installed in order to “prevent the birth of poor-quality descendants.”

In total, roughly 25,000 people were sterilized in Japan from 1948 and with the last known being performed in 1993. The state apparatus enforced approximately two out of three sterilizations. However, some forms of coercion also apply to the other sterilizations that took place in this period of Japanese history.

People who suffered from this Japanese program were selected based on several negative factors. For example, people of various different types of disabilities, negative behavioral issues, impairments related to hearing, genetic disorders, and other criteria related to a class of people who were deemed unworthy.

Similarly, in Sweden, The Guardian reports, “Teenagers as young as 15 were sterilized, some without their parents’ consent, for inadequacies as trivial as shortsightedness or because they allegedly lacked judgment or had no obvious concept of ethics.”

The Economist stipulates, “…no fewer than 60,000 young Swedish women deemed mentally defective or otherwise handicapped to a degree “which makes them incapable of looking after their children” were sterilized. More embarrassingly, this happened under laws passed in 1934 by a vigorous new Social Democratic government—a hitherto esteemed forebear of Sweden’s present rulers. The laws lapsed only in 1976.”

Abe, apologizing on behalf of past governments ruled under the same party he belongs to feels deep shame. He uttered, “During the period the law was in effect, many people were subjected to operations that made them unable to have children based on their having a disability or another chronic illness, causing them great suffering.”

He continued, “As the government that carried out this law, after deep reflection, I would like to apologize from the bottom of my heart.”

Overall, forced sterilization and sterilization programs often conjure up images of fascist Germany under Adolf Hitler. Yet, in truth, it happened in several European nations and in America, a very high percentage of Native American women suffered greatly in past history. Indeed, NAZI Germany learned greatly about eugenics and installing hatred from America and other democratic nations. Therefore, irrespective if conservative Japan to liberal Sweden under the Social Democrats in modern times, the issue of sterilization is a fact that blights many highly developed nations.

In 2019, it is common for babies in the womb to be aborted under the rule of law based on having several types of disabilities. Of course, this is a different issue but it shows the contempt being shown toward babies suffering from various different disabilities. Meanwhile, turning back to compensation in Japan that was agreed by Abe, it remains to be seen if the compensation is high enough because victims demand so much more given the severity of the tribulations they were forced to suffer.