North Korea leaves the US door open despite possible new nuclear tests: Japan is looking on

Kim Jong-un, the leader of North Korea, is letting America know that unless genuine dialogue occurs, then new major military tests may take place. This relates to the possible resumption of nuclear and Intercontinental Ballistic Missile (ICBM) testing.

However, while making this threat – and promising to release “a new strategic weapon,” the leader of North Korea also left the door open to dialogue. For Kim Jong-un hinted strongly that much depended on the “attitude” of America. Therefore, the administration of President Donald Trump must think deeply because of countless other important issues.

Similarly, Prime Minister Shinzo Abe of Japan will be watching how developments occur between America and North Korea. After all, the possibility of North Korea retesting either nuclear or ICBM weapons will set off alarm bells. Thus, Abe needs to consult with Trump about this important geopolitical issue. 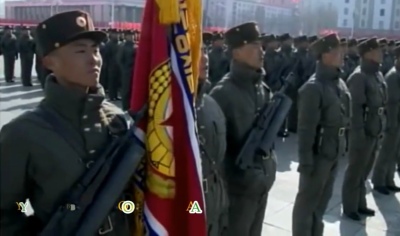 The BBC reports about the fragile basis of talks between America and North Korea. This media source reports, “…the self-declared moratorium on nuclear tests and tests of intercontinental ballistic missiles (ICBMs) that could reach the US mainland had been one of the foundations of the negotiations with Washington.”

Reuters stipulates, “At times smiling or striking the podium with his hand as he made remarks during the meeting, Kim accused the United States of making “gangster-like demands” and maintaining a “hostile policy”, such as by holding continued joint military drills with South Korea, adopting cutting edge weapons and imposing sanctions.”

America and Japan may oppose the reasoning of North Korea but irrespective of how this nation is viewed, it is clear that North Korea feels threatened. Equally, at one point it seemed that Trump and Kim Jong-un could create a historic agreement between both nations. However, for North Korea, it is essential for America to at least reach halfway.

Abe was caught out by the speed of events a few years ago, will certainly want to be informed by America about dealings behind the scenes. Hence, for the Japanese Foreign Ministry it is important to not only respond to the changing sands between America and North Korea; but also to formulate sound policies that will enable positive developments to occur.

After all, a non-nuclear North Korea and a stable Korean Peninsula are in the interest of all regional nations and America. Therefore, despite the threat being negative from North Korea, it is hoped that this will lead to greater urgency between America and North Korea to take genuine concrete steps.