Counterinsurgency in the Sahel is at Risk of Unraveling 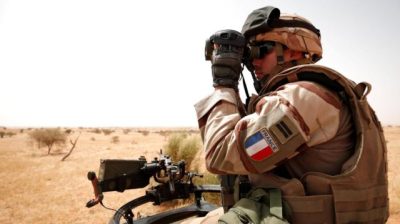 In recent weeks, international attention has focused on the consequences of heightened U.S.-Iranian tensions in the Middle East, and more recently, on an attempted jihadist attack on the streets of South London on February 2. Away from the gaze of most international media, the latest in a string of increasingly deadly insurgent attacks unfolded in relative obscurity in the Sahel region of North Africa, which is now one of the largest hotbeds of terrorism. The government of Mali announced on January 23 that seven soldiers had been killed by “unidentified armed men” in an overnight raid at Diougnani, a military base close to the southern border with Burkina Faso (Malijet, January 27). Soon afterwards, al-Zallaqa, a media outlet run by the militant jihadist group Jamaat Nusrat al-Islam wal-Muslimin (JNIM), published a statement claiming responsibility for the raid. Images accompanying the message showed several vehicles that the attackers had captured during the operation. The assault came shortly after French President Emmanuel Macron announced he would deploy an additional 600 troops to the multinational counter-insurgency effort in the region, and JNIM cited this so-called “occupation” as its primary motive (Euronews, January 14).

A Storm Years in the Making

The ongoing conflict across the Sahel has its roots in a Tuareg separatist rebellion that erupted in northern Mali against President Amadou Toumani Touré in 2012, and eventually spilled into neighboring Niger and Burkina Faso. The group, now known as JNIM, only formed five years later, when Tuareg warlord Iyad Ag Ghali merged his forces with several jihadist groups to bolster his tribal insurgency (see Militant Leadership Monitor, February 29, 2017). Among them was al-Qaeda in the Islamic Maghreb (AQIM), the regional affiliate of what was then the global jihadist movement’s preeminent network under Ayman al-Zawahiri. The merger was as much an opportunistic symbiosis as it was an ideological one, providing Ghali’s forces with greater credibility and operational support in exchange for their own support for al-Qaeda’s regional proliferation.

The need for cooperation became particularly acute after the emergence of rival Islamic State (IS), and later its Greater Sahara affiliate (ISGS) in 2015­—­a threat that swelled due to the return of foreign fighters to the Sahel region after IS’ territorial defeat in Syria and the death of its first leader Abu Bakr al-Baghdadi. This inter-jihadist competition, which reflects al-Qaeda and IS’ irregular rivalry as far away as Afghanistan, will have partly driven JNIM’s latest attack, as in the last three months alone IS affiliates have conducted major operations against government forces in Indelimane, Mali and Inates, Niger.

Meanwhile, the location of the latest attack in Diougnani near Mopti, southern Mali, reflects another fundamental aspect of the insurgency. Much of the violence is perpetrated along tribal or ethnic lines, for instance between the Muslim-dominant Fulani people, and other groups such as the Dogon, who largely practice traditional pre-Islamic faiths and who populate areas close to the Burkinabe border where Diougnani is located. Tribal conflict is something jihadist groups have long been able to exploit for their own recruitment and operations, and Fulani-Dogon tensions are a case in point. JNIM’s attack on Diougnani, in an area with significant Dogon populations, is likely to have also been an attempt to undermine Dogon security, and in turn, appeal to potential Fulani recruits.

The International Response: “An Inconvenient Reality”

France, which historically colonized much of the Sahel region, began its counter-insurgency efforts in 2013. Paris has deployed 4,500 troops to the Sahel for what has evolved into Operation Barkhane, an international campaign incorporating forces from the G5 countries of Burkina Faso, Mali, Niger, Chad and Mauritania, as well as European partners Estonia and the Netherlands. Nevertheless, militant groups like JNIM have persistently been able to exploit the security vacuum in areas that are proving extremely difficult to police, and their attacks—for instance around the sparse tri-border Liptako-Gourma area east of Mopti—have spurred major internal and cross-border displacement (Malijet, January 25). In Mali alone, people in need of humanitarian assistance number nearly four million, and among them, the number of internally displaced persons has nearly doubled to almost 200,000 over the last nine months (UN Security Council, December 30, 2019).

President Macron’s commitment of 600 additional troops was an acknowledgment that Operation Burkhane, even when coupled with nearly 13,000 UN peacekeepers, has so far proven insufficient. But his intensification of the counter-insurgency effort already faces a major obstacle even before the first reinforcements have arrived. The obstacle comes, in fact, from Washington.

For its part, the United States has around 1,000 troops stationed in the Sahel and at least one drone operating base in Niger, making up around one-sixth of its AFRICOM contingent across the continent. Its forces have contributed to operations against JNIM and ISGS in recent years, making headlines when 10 U.S. troops were killed near Tongo Tongo, Niger in October 2017. However, pending a decision in the White House to conduct a large-scale strategic pivot toward the Indo-Pacific region, these contributions may imminently be scaled-down. Although AFRICOM commander General Stephen Townsend recently told Congress that North Africa is “key terrain for competition with China and Russia… [posing] an inconvenient reality in Africa,” Defence Secretary Mark Esper has conversely expressed the Trump administration’s desire to eventually switch focus to the Indo-Pacific theater instead (AFRICOM, January 30).

The potential for a protracted U.S. withdrawal from the Sahel, despite Washington’s geostrategic ambition of countering Chinese and Russian influence on the continent, threatens to erode Macron’s additional commitment to Operation Barkhane before it has operationally begun. The strategic redeployment of up to 1,000 U.S. personnel could credibly outweigh the likely benefits of any steady increase in French support for the G5 nations over the coming years. Moreover, it could credibly force regional governments to consider arming local self-protection groups, such as koglweogo in Burkina Faso, as a stop-gap measure for their insufficient local forces and lack of international support. This is something that security forces have done unofficially for several years, but the Burkinabe parliament enacted into law on January 23. It will generate limited and ephemeral support, but at the longer-term cost of seriously exacerbating social cleavages (see Terrorism Monitor vol. 17 issue 23).

Subsequently, and in spite of Paris’s efforts, the broiling insurgency in the Sahel is unlikely to change course for the time being, spiking during typical periods of jihadist activity such as Ramadan in April and May this year and in response to French efforts to bolster security in the region. In the longer term, opportunistic attacks on churches and government assets could plausibly begin to be seen further afield if JNIM and its affiliates continue to operate at this tempo and with the same freedom of movement. While the much more stable coastal states of Ghana and Cote d’Ivoire have demonstrated higher levels of military and police readiness in recent months, they will nevertheless share concerns over their own electoral events later in the year. While JNIM’s capabilities still remain largely unsophisticated, limiting the possibility of such attacks materializing in the near future, the governments in Accra and Abidjan will take little solace in the international community’s differing responses to the evolving threat.

Photo source: The photo in this article is the original image uploaded by The Jamestown Foundation (source: thenational.ae)