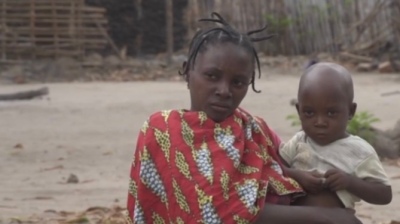 Increasing Sunni Islamist attacks in northern Mozambique is creating mayhem in a nation already blighted by poverty. Hence, the news that an important town had fallen will have taken authorities by shock. After all, Islamists usually attack much smaller villages or are involved in ghost attacks before disappearing.

Expectations are that the army will re-launch a military attack and retake Mocimboa de Praia. Yet, the fact that the flag of Islamism was raised inside a military base will have set off alarm bells. After all, other nations, including Burkina Faso and the Central African Republic have witnessed minor Sunni Islamist movements suddenly mushroom and spread.

Last month, Reuters pointedly reported, “Exxon Mobil Corp (XOM.N) and Total (TOTF.PA) have asked Mozambique to send more troops to guard their operations in the far north after a surge of attacks by Islamist militants, an industry source and two security consultants said.”

Thus, with Islamists launching their most daring attack then this will rock the government of Mozambique. Concerns will now grow that such a region blessed with natural gas and countless minerals, will increasingly be hindered by Islamists. Therefore, the armed forces of Mozambique and political outreach work needs to work hand-in-hand in order to develop and contain the Islamist movement. 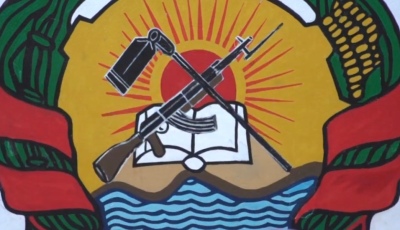 The BBC reports, “Hundreds have been killed and thousands displaced during the three-year insurgency in Cabo Delgado.”

In an early gruesome attack, Islamists burnt two children alive in a car and beheaded people. AFP stipulated, “Two children were burned in the vehicle, another was decapitated.”

It remains to be seen if the Russian Federation will increase its presence because the Wagner private security group is providing support to Mozambique. However, some reports stress that the terrain and local knowledge is rendering them to be out of their depth.

The Moscow Times reports, “Two sources in the Mozambique military, also speaking under condition of anonymity, described growing tensions between Wagner and the Mozambique Defense Armed Forces (FADM) after a number of failed military operations.” 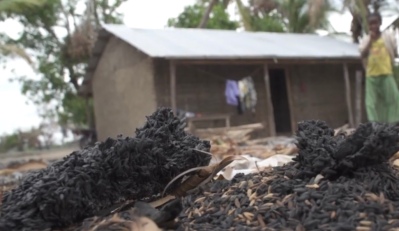 The Jamestown Foundation also reported about Black Hawk, OAM, and the Wagner Group. This highly acclaimed intelligence site uttered, “In early September 2019, according to various Portuguese sources (Observador.pt, September 28, 2019), a group of Russian mercenaries (approximately 200 militants) landed at Mozambique’s Nacala Airport, to help the government confront Islamist radicals in the northern region of Cabo Delgado (rich in natural gas deposits). According to Russian sources, while “struggling for Mozambique,” the Wagner Group managed to beat out Western PMCs primarily thanks to offering aggressively lower prices for their services and cultivating “good relations with the local [Mozambican] political leadership.” This information was corroborated by former South African Army Colonel Dolf Dorfling (founder of the Black Hawk PMC) as well as former Rhodesian soldier John Gartner (currently, the head of the military security company OAM) (Rosbalt, November 19, 2019).”

It is known that OAM and Black Hawk – two private security companies – with knowledge based on past Rhodesian (Zimbabwe) and South African military experience respectively under white-rule, have enormous knowledge of this type of warfare. Therefore, if tensions exist between the armed forces of Mozambique and the Wagner group – then either an increased military presence will develop based on a greater understanding of the environment – or Mozambique may seek help from either OAM or Black Hawk.

Either way, Islamist terrorists are increasing their attacks in northern Mozambique this year. Thus, the brazen attack against a key town will equally rock the security arrangements of this nation. Hence, the poorest in society face further bloodshed at the hands of Islamists, while the government develops an effective strategy.