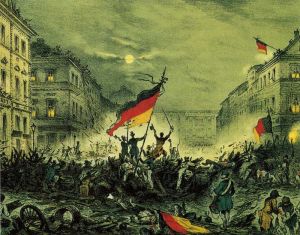 The political correct and staunch multi-culturists brigade are berating Pegida in Germany, just like others bemoan the National Front in France, and so forth. Yet it is Takfiri Sunni fanatics from Europe that are going to Iraq, Somalia, and Syria, in order to kill and butcher others. However, where are the political correct and staunch multi-culturists in the fight against Takfiri Sunni fanatics?

Political elites, media outlets and other sources of anti-German nationalism sprout their hatred towards Pegida openly. After all, they fear their agenda being challenged by indigenous people who feel alienated. It matters not who is correct, or who is wrong. More important, is that individuals who feel abandoned must have a right to reject the endless policies of deconstructing Europe based on opposing traditional norms.

Irrespective of what Pegida is, or isn’t; it is abundantly clear that in the land of Mecca and Medina that not one singly Christian church, Buddhist temple or Hindu temple is allowed. At the same time, while the trendy left, multi-culturists and political correct brigade rebuke organizations like Pegida in Germany and the National Front in France, the endless de-Christianization and de-Shianization is continuing at an alarming rate.

If al-Nusrah, ISIS (IS – Islamic State) and other Takfiri groups get their way in Iraq and Syria, and in other societies, then the Shia would be taken to the sword, Christians would face dhimmitude and massacres – and other minorities like the Yazidis would face annihilation. Indeed, the Alawites in Syria face being forced into the sea if al-Nusrah and ISIS – and other fanatical Takfiri terrorist groups – defeat the secular government of President Bashar al-Assad.

Individuals who support Pegida in Germany, the National Front in France, and so forth, all fully understand that the Middle East and North Africa – and other parts of the world – face the endless onslaught of anti-Christian and anti-Shia hatred. Indeed, Takfiri sectarians also seek to crush indigenous Sunni Islam therefore daily beheadings, terrorism, pogroms and so forth is a daily reality because of the utter barbarity of Takfiri sectarians. Give this reality, then it is understandable why many fear radical Sunni Takfiri Islamization both externally and internally.

If multi-culturists and the political correct brigade continue with their endless witch-hunts against their own cultural norms and against individuals that fear their contradictory folly – while doing zilch against the endless pogroms of Christians and Shia Muslims alike – then they are clearly playing into the hands of their future enemies who care zilch about liberalism. More important, if individuals keep on seeing the barbarity of Boko Haram, ISIS, al-Nusrah and others like the al-Shabaab – alongside institutional state anti-Christian hatred in nations like Saudi Arabia – then surely the growth of Pegida is based on the utter barbarity that continues in many parts of the world. This is based on either Takfiri sectarian hatred or state sanctioned Islamic Sharia law that supports institutional apartheid in nations like Saudi Arabia.

The current reality is that many parts of Europe are changing quickly based on ethnic and religious factors because of the whims of political elites who have the system stitched up. At the same time, many parts of the so-called Islamic world are emptying their nations of Christians, while others continue with their anti-Shia Muslim agenda. If this current reality continues then the destruction of many different cultures and faiths will continue unabashed and it will be tolerated in the political correct world externally.

After all, the cleansing of Christians is continuing in Iraq, just like al-Shabaab continues with its year zero Islamist inquisition against all converts to Christianity in Somalia. Meanwhile, Europe will continue to become an ethnic and religious melting pot at an increasingly growing rate. Given this reality, then irrespective if the political correct brigade, or groups like Pegida are correct; the current reality means that the Middle East and other areas will continue with their de-Christianization realities and anti-Shia pogroms. Therefore, the civilizational war is clearly favoring Sunni Takfiri Islamization because one side can slaughter at random and enforce apartheid Islamic Sharia laws externally – while the other side faces the onslaught of the political correct brigade based on the manipulation of language. Given this reality, then where is the real threat to religious diversity?