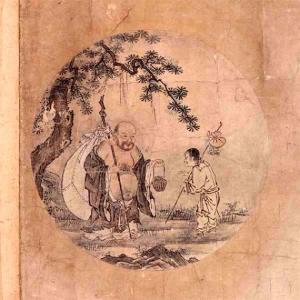 The Japanese artist Tensho Shubun was inspired by an array of areas related to China. In the realm of art then this notably applies to Xia Gui and Ma Yuan. Other notable areas relate to Confucianism and the natural flows of various Buddhist schools of thought that united many powerful cultural traits in this period of history. Therefore, the world of Tensho Shubun was blessed by the richness of Chinese culture and this is clearly apparent when viewing his art. 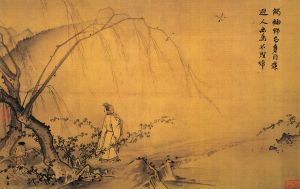 Chinese Art, philosophy and culture equally blessed the amazing cultural cities of Nara and Kyoto in Japan. At the same time, the indigenous faith and mythology of Shintoism – and variances of Buddhism in Japan – meant that fusions were inevitable in the land of the rising sun.

Naturally, many aspects of Chinese culture were incorporated and altered to suit regional dynamics in cities like Nara and Kyoto. At the same time, powerful Buddhist preachers from Japan visited China and clearly the cultural benefits went both ways in the area of high culture. Despite this, the preeminence of the Middle Kingdom (China) can’t be disputed in this period of history. Therefore, Japan gained greatly from the greatness of the Middle Kingdom and the same applies to many other societies within the geopolitical realm of China. 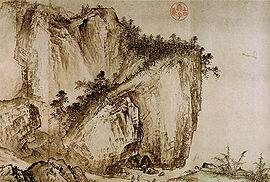 Given this reality, Tensho Shubun was inspired by Xia Gui and Ma Yuan who belong to the Song Dynasty. Indeed, Xia Gui and Ma Yuan were given the name of the Ma-Xia school of painting. Within China the Zhe School equally admired both artists and obviously the same applies to many other Chinese and Japanese artists. However, in time Song artists like Xia Gui fell out of favor based on internal factors related to power mechanisms. 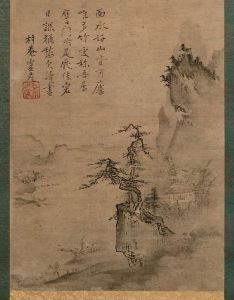 In another article about Tensho Shubun I comment “It is known that Tensho Shubun was born in the province of Omi in the late 14th century and died in the middle of the following century. Not surprisingly, the richness of Japanese Zen Buddhism and the splendor of Kyoto and Nara in Japan played a powerful role within his art. Likewise, the power of China on Japan in this period certainly emboldened Tensho Shubun. Therefore, it is widely credited to Tensho Shubun that he is the founding father of bringing suiboku ink painting to the fore in Japan based on the rich style of China where this form emanates.” 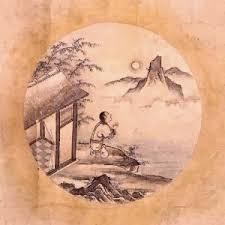 I further state “Alongside Tensho Shubun being inspired by suiboku ink painting emanating from China he also adored Chinese landscape artists including Xia Gui and Ma Yuan. The influence of China was enormous even if many individual Japanese traits would emerge based on different cultural concepts. Indeed, Taiko Josetsu was an immigrant from China and many Japanese artists in this period adored the richness of paintings from the Song Dynasty in China.” 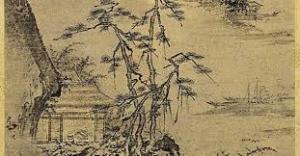 Overall, artists like Tensho Shubun gained enormously from pristine Song Dynasty artists including Xia Gui and Ma Yuan. At the same time, Confucianism and Taoism impacted on Japan to varying degrees. Similarly, Buddhism enabled China, Korea and Japan to interact at levels that befitted all societies even if many different Buddhist thought patterns and schools existed. Therefore, the richness of Chinese art that can be witnessed in the surviving works by Xia Gui and Ma Yuan enabled Tensho Shubun to reach new artistic heights.