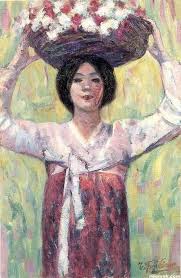 Fujishima Takeji was born in (1867-1943) Kagoshima and during his informative years he studied brushwork techniques in 1882 from Togaku Hirayama. However, in 1884 Fujishima Takeji moved to Tokyo and at first he studied traditional Japanese painting under Gyokusho Kawabata but the pull of Western-style art was pulling away at him. Therefore, he turned to Western-style paintings and studied under Hosui Yamamoto and Yukihiko Soyama.

The 1880s was a period of enormous development for Fujishima Takeji because Togaku Hirayama had given him a firm base to develop. Not surprisingly, this young gifted artist was gaining in esteem and the art critic and novelist, Ogai Mori, became deeply impressed by his art. This proved to be very fruitful because Ogai Mori was extremely influential because he knew people in the right circles. 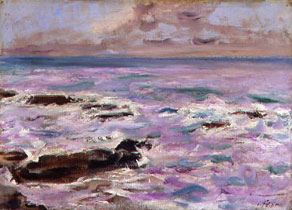 In the 1890s academia would become his backbone and this proved a wise choice because it opened up new doors. At first he began to teach in Mie Prefecture in 1893. However, the real breakthrough occurred when Seiki Kuroda influenced him to become an assistant professor in Tokyo. Therefore, in 1896 he taught at the Tokyo Art School and this applies to the Western Painting Department.

In Europe Fujishima Takeji is known for developing and enhancing Romanticism and Impressionism within the Japanese art movement called yoga. In time he would become influenced by Art Nouveau. However, his work within the yoga (Western-style) art movement in Japan suited his thinking because by the mid-1880s he had chosen this path when he studied under Hosui Yamamoto and Yukihiko Soyama. 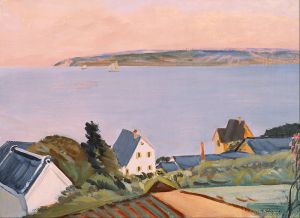 The Marubeni Art Collection comments that “In 1905, Fujishima traveled to Europe and studied under Fernand Cormon at the Ecole des Beaux-Arts de Paris in France and Carolus-Duran, President of the Academie de France in Italy. Cormon’s speciality was historical paintings, while Duran excelled in portraiture.

Marubeni Art Collection continues “On his return, in 1910, Fujishima was nominated Professor of Tokyo Art School and became a member of the Imperial Art Academy (the Teikoku Bijutsu-in), as well as a member of the jury for its exhibitions, known in abbreviations at the Tei-ten. In 1937, he received the very first Order of Culture (Bunka Kunsho), a decoration given by the Government to those who have contributed greatly to the development of art, science and other fields of culture, along with Saburosuke Okada.” 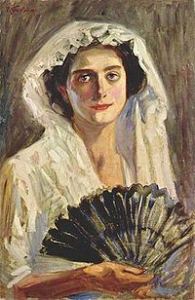 The life of Fujishima Takeji was extremely structured and this applies to his teachers, entering academia and having a firm artistic direction. Also, the changing times during this period of Japanese history meant that his natural move away from traditional Japanese art was easily obtainable. This applies to the artistic climate in Japan during his informative years and development stage. 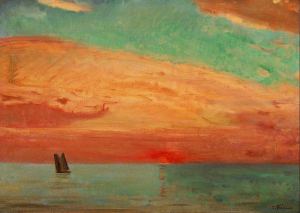 Fujishima Takeji is rightly acclaimed for the richness of his art. Therefore, the images and basic information in this article are meant to encourage people to delve into his art work.

Some Japanese art and cultural articles by Modern Tokyo Times are republished based on the need to inform our growing international readership about the unique reality of Japan.