Japan art and Confucianism: The Bleak reality of Seppuku for a thoughtful artist 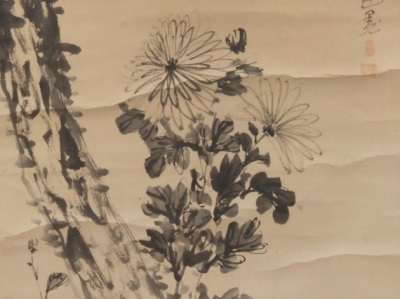 The artist Watanabe Kazan (1793-1841) highlights the fact that social mobility could break the alleged stratification of old Japan. After all, he was born into a samurai family that was relatively poor. Despite this, Watanabe paid a significant role in the Tahara Domain (in the environs of modern-day Aichi prefecture). Also, the doors of art were opened up to Watanabe because of the talent that he showed at a young age.

Watanabe was born in Edo (modern-day Tokyo) during the Tokugawa Period that began in 1603 and wouldn’t be replaced until the Meiji Era that began in 1868. One can only imagine how such a young talented artist from a poor samurai family saw the world during his early teen years. However, one binding philosophy that entered his soul was Confucianism and ultimately his death would highlight the ideals that shaped him. 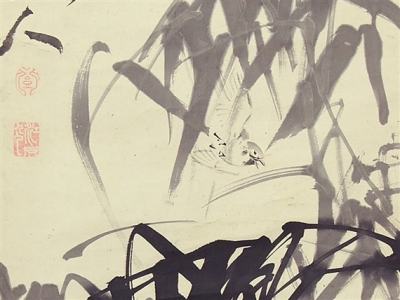 Issues involving Japanese stratification during the Tokugawa Period equally don’t seem to apply to Watanabe. This in itself is extremely interesting because other artists escaped areas of poverty and rose up to become artists, scholars, part of the political system that existed within the domains that governed this land based on allegiance to Tokugawa, and other important areas of life.

Despite living a relatively short life by the standards of today, and coming from a humble background, his crowning legacy is that he protected the Tahara Domain from the Tenpo famine (1833-1837). It is claimed, based on the diligence of Watanabe who was a senior political figure – and other administrative workers – that they all pulled together to protect the poorest in society. The upshot of such collaboration meant that not a single individual died from the Tenpo famine in this part of Japan. Of course, for Watanabe, heavily influenced by Confucius, it was his duty to serve the people of Tahara to his utmost ability.

Indeed, the period 1833 to 1837 was a very bleak period based on the Tenpo famine, Kogo Fire of Edo, and a powerful earthquake that hit the region of Sanriku in 1835. The severity of the famine is witnessed by revolts in the domain of Choshu and a more planned revolt in the environment of Osaka. Hence, Watanabe and officials at the ruling domain of Tahara desired to support the most vulnerable in society at this crucial moment.

In the field of art, it is widely believed that aspects of European art influenced Watanabe. This, in turn, meant that he fused aspects of Japanese and European art. Other fusions apply to being a sincere follower of the teachings of Confucius – while admiring Western science and the political developments that were shaping major Western powers. However, in time, he was deemed to be promoting ideas emanating from Western powers and this resulted in his exile to the environment of Tahara.

Sadly, hardship impacted on Watanabe because part of the agreement to survive even worse political punishment is that he refrained from selling his art. Yet, with poverty being a growing reality, then he sold his artwork despite political constraints emanating from the power processes of Tokugawa. In time, he was found to be breaking his conditions of exile and this resulted in the suppression of his art. Equally oppressive, Watanabe now suffered from house arrest and this grieved him morally. After all, he knew full well that the political ramifications of this meant greater interference into the affairs of the ruling lord of Tahara.

Not surprisingly, ideas of piety within Confucianism that hit a chord with Watanabe – and certain cultural ideals based on seppuku (ritual suicide) within Japanese culture – along with the pains of poverty and being ruled by the state apparatus of Tokugawa – all built up within the cultural mind of Watanabe. Therefore, he committed seppuku in order to prevent serious issues emerging for the ruling lord of Tahara.

Speculation about the mindset of Watanabe is open to debate in relation to him committing seppuku. Yet, clearly being under house arrest and issues related to poverty meant that the pressure was already enormous. Hence, a rich spark founded around Confucius morals, art, sincerity, and piety, was crushed by the ruling elites.

Some art and cultural articles by Modern Tokyo Times are republished based on being selected by internal members – and based on the need to inform people about the unique traits of Japanese culture.